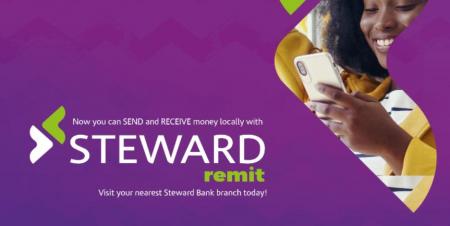 EcoCash Holdings Zimbabwe’s banking division, Steward Bank, has joined the local remittance or money transfer game. At this point, it’s hard not to assume that the folks over at Steward saw the success of City Hopper and decided to get in on the action. In their defence, the market is there and the pie is big enough for everyone to get a slice.

“For Steward Bank, adding the new domestic remittance service represents another step forward in fulfilling our strategy to continuously stretch our footprint and accessibility across Zimbabwe. We are serving more customers than ever, as we add more services,”

So what is Steward Bank offering?

Earlier on I said it’s hard not to assume that this was City Hopper inspired and it gets harder to do so after looking at the transaction limits.

Steward Remit enables you to send up to USD500 per transaction with a maximum of USD2000 per month, within Zimbabwe.

Steward Bank has a US$500 per transaction limit and a US$2,000 cap for its customers. And for non-Steward Bank customers, the limits are halved, US$250 and US$1,000 per month. These are the exact same terms that BancABC offers its customers and the general public.

The fee is the really interesting part about this service because like when City Hopper launched, Steward Remit is charging 2%. Which puts it just under everyone else in the market.

The only real outlier here is Mukuru which has its fee pegged at an astronomical 7%. Now, this might be that Mukuru was one of the few players in the game for a while so they could charge what they like. But with other operators, especially banks, entering the space this might force Mukuru to take another look at their service fee.

On Steward Bank’s part, it’s a bold move to put the fee just under what the rest of the market is charging. The question now is how long will Steward continue charging 2% for local remittances? Because (and I know you are tired of the comparison) BancABC’s City Hopper started out at that fee and it only took roughly 4 months for 2% to become 3%.

The reasons for this were not exactly clear but one would assume that it was half customer acquisition reaching the threshold they wanted. And the other half was making the service a viable enterprise. It stands to reason (if the assumption is correct) that Steward might follow the same sort of route. Now, we will just have to wait and see.