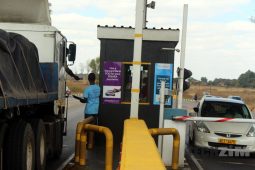 The Zimbabwe National Road Administration (ZINARA) recently announced the launch of a new service called the Frequent Travellers Express Pass (FTEP) program. The initiative is there to give those who use the same tollgate(s) a means to expedite passage as they go about their business.

ZINARA’s FTEP essentially is a pre-payment facility. The program is aimed at those who traverse toll points at least 15 times in the same month.

List your products for free
Tinashe Mugabe, ZINARA Spokesperson (via The Sunday Mail)

It appears that ZINARA is trying to battle tollgate queues for those who are predominantly involved in commerce because residents who live near toll gates have a special arrangement. This is great because it allows companies in the logistics and travel industry a way around having to pay ZINARA tollgates which can sometimes be outside the reach of telecommunications services to execute digital payments.

The only sure-fire way to avoid payments issues at tollgates would be to carry cash. But with the way cash is a scarce commodity in Zimbabwe that isn’t always an option for everyone. Furthermore, the security risk of having wads of cash on hand is a problem. In saying this, ZINARA has been working to mitigate the network challenges at the nation’s tollgates.

Over the years we saw the launch of its Ice Cash powered prepaid card as well as partnerships with banks like NMB and mobile money operator EcoCash with its preloading facility.

So what will the FTEP tollgate program cost for those individuals or companies that qualify?

Last year ZINARA announced that it would be launching number plate recognition for exempted vehicles to ease passage at tollgates. Interestingly enough there was no mention of this in relation to the Frequent Travellers Express Pass (FTEP) as far as I have seen on ZINARA’s social media and website.

That innovation would make this program all the more worth it for businesses and individuals who qualify for the program. In saying that, there FTEP motorists will get an express lane which kind of balances that out.

In terms of passage limits, there is a maximum of 25 passes per month which is, I think, too close to the lower limit of 15 unless you are going to pay for the Premium Pass. However, the hope is that ZINARA used data they have collected at toll points to arrive at this cap.

Additionally, this is far from the prepaid tap cards because from what ZINARA Spokesperson Tinashe Mugabe said they will be issued with display disks which I imagine are close to the ones we have for motor vehicle registration. The good thing about this is that it eliminates the need to do a transaction, unlike the tap cards.

Lastly, according to a reply that ZINARA posted in response to an enquiry on Twitter, in the event of a tollgate fee increase the FTEP payment a customer made before the increase will not be affected.

Thank you for this important inquiry. The value of your passes will not be affected. Thank you