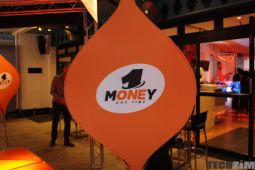 Why not write yet another article about Innbucks? The Simbisa Brands owned ‘wallet’ service which has been suspended by the central bank had achieved an incredible run. They came out of nowhere and their run in such a short time is way more inspiring than Zimbabwe’s second most popular mobile money service by number of subscribers: OneMoney.

Simbisa Brands has not shared any specific numbers on usage. In its half year report up to December 2021 Simbisa had only this to say about Innbucks:

The group established a new business, Innbucks, in partnership with a local fintech investor. Innbucks is a mobile application which allows customers to send, receive money and buy food at Simbisa outlets. Currently the service is available in the group’s largest market, Zimbabwe. The service has been well received in the market.

3 weeks ago, Techzim conducted a survey to get an idea of domestic remittance services people were using to send money to each other. The survey was distributed via WhatsApp and more than 1500 people responded. 21.3% of survey respondents mentioned that they had used Innbucks to send money while 6.8% mentioned having used OneMoney. This was an open ended question where people would list services themselves without being prompted.

To understand the opportunity that exists and seemingly being squandered by Netone’s OneMoney while being exploited by Innbucks, let’s first discuss the most important opportunities to fall on mobile money operators and yet not fully exploited by OneMoney over the years:

The first opportunity was of course at introduction of mobile money in Zimbabwe. OneMoney was introduced into the market before EcoCash but EcoCash beat them in a very short space of time. This is an interesting tale that we did a case study report on 4 years ago and we will not go into it. The thing to note is that this greenfield opportunity was wasted by Netone and EcoCash won resoundingly.

2015 to 2016 brought the second huge opportunity for OneMoney to gain some significant share of the market. At this time, Zimbabwe was transitioning to a literally cashless economy. Cash was hard to come by but people still needed to transact. With the proliferation of mobile phones, mobile money was the obvious form of money to take over from cash for day to day transactions.

Why did it happen this way? EcoCash invested in getting a lot of merchants on board meaning that if you had EcoCash you could walk into a store and use it to buy stuff. NetOne had no vision or imagination and was going through crazy boardroom coups. Opportunity squandered. In absolute numbers 2015 to 2016 is the period when EcoCash gained the most subscribers. Transitions matter.

The reverse of what happened between 2015 and 2016 is happening. No matter what Zimbabwe’s minister of finance and his central bank governor tell you, this country is re-dollarising at double speed and in the process moving from cashless transactions to cash.

The 2015-2016 transition transformed mobile money from being predominantly remittance services for people to send money to and from each other across the breadth of the country. Mobile money became a means for paying for goods and services first and foremost and sadly for OneMoney, EcoCash was way more prepared for this change.

Now, the collapse of the Zim dollar is throwing us into a transition from cashless transactions to cash being king again. When people send money to each other or lend to each other they want their transactions to be in US dollars which they can trust to hold its value and not local currency. Once again, mobile money is needed to be a remittance service.

OneMoney clearly identified this trend and they introduced a USD domestic remittance service ahead of EcoCash. This is the time for them to fight hard and take advantage of the transition otherwise history will repeat itself. Innbucks’ popularity out of nowhere proves that this opportunity exists.

Why did Innbucks become popular? It’s the network, Stupid! Simbisa reports that as at 31 December 2021, they had 239 outlets across the country. That is their super power. When you randomly ask a person who uses Innbucks as a remittance service why they do so they will most probably tell you that it’s super easy for them to access their money because of that network.

If OneMoney want to take back share from EcoCash, they need to make a plan about increasing their footprint and they should do it quick. Right now they still have a chance because EcoCash is only offering cash in and out services at Econet shops. Their superior agent network is still sleeping most likely because the Reserve Bank of Zimbabwe is nervous about allowing those agents back online after banning them for facilitating parallel market foreign currency dealings.

NetOne has to use its advantage as a government owned entity to increase their agent network in a way that doesn’t spook the central bank. They should use government service centres dotted across the country as cash in and out points. In fact I don’t have much faith in Zimpost’s attempts at remittances; if only NetOne could convince Zimpost to partner OneMoney instead of trying to go at it alone or whatever it is they are doing. Heck, if it doesn’t go against the country’s constitution or something, I would use ZRP police stations as cash points if I were OneMoney!

That’s the mentality that’s needed to win. Can OneMoney pull it outta the bag? Pakaipa.