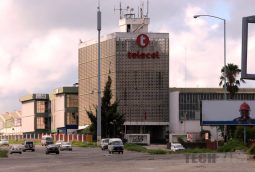 The Postal and Telecommunications Regulatory Authority of Zimbabwe (POTRAZ) released the sector performance report for Q1 2022. There’s not a lot that will shock you in the report, for the most part the trends carried on from 2021.

Let’s zero in on mobile telephony and see what’s what.

Data only 2.8% short of beating out voice

It has been a long time coming, well it’s still coming, but revenue from data services has never been closer to overtaking voice to become the top earner for Zimbabwean mobile network operators.

In Q1 2022, voice’s contribution to revenue dropped from 42.2% to 42%, a minor dip. However, data’s contribution increased from 38.1% to 39.3%. Meaning data revenue has cemented itself in importance and if the trend continues, voice revenue will be overtaken soon.

What was surprising in Q1 2022 though is that voice traffic declined by 2.3% whilst internet and data traffic dropped by 11.8%. You would expect data’s contribution to revenue to drop in relation to voice’s as a result.

If traffic dropped but revenue contribution increased, price increases had to be the reason for that. Zimbabweans used less data but paid more for it, more so than happened with voice.

Both voice and data tariffs are controlled and when one increases, the other usually follows suit. However, MNOs always offer bundles that are much cheaper than the authorised tariff for out of bundle browsing.

As a result, they often have more leeway to tinker with data prices than they do voice prices where they always charge the maximum allowed. That, coupled with Zimbos being forced to buy non-social media bundles that are not as discounted partly explain why.

We already covered how revenue grew by 10% whilst costs surged by 22.7% for MNOs. That colours the revenue growth unimpressive, especially when we factor in the high/hyperinflationary economy they operate in.

That said, we still want to know how the individual MNOs fared. POTRAZ no longer lays out just how much revenue each MNO pulled in but we can get approximate values from the figures they provide.

In Q1 2022, total revenues were ZW$28.8 billion. Using the official exchange rate on the last day of that quarter, that was worth around US$200 million.

Of which voice revenue, at 42% of total revenue was ZW$12.1 billion, shared thus:

Remember these are approximations calculated from market share. The MNOs price their bundles differently and those with cheaper bundles may command more market share but with a lower share of revenue than the market share would suggest.

Telecel not in a good position

Telecel is lagging far behind. Not only are they pulling in the least revenue by a huge margin, they are also unlikely to recover anytime soon as they are losing subscribers. They lost 5% of their subscribers between Q4 2021 and Q2 2022. NetOne lost 1.1% whilst Econet gained 1.1%.

They now command a mere 3.5% of the market share. Yet, it gets worse, with low average revenue per user they don’t even command 3.5% of the revenue.

It’s either Telecel is failing to get their customers to call more and use more data or that the 3.5% market share figure is inaccurate.

Recently, a NetOne customer had his line suspended for inactivity. Only problem was that he used the line everyday and it actually had 14GB of data. The man started questioning how accurate the subscriber counts we get from POTRAZ are.

I will concede that there will always be some mistakes, a few anomalies in the reported figures. However, the particular NetOne incident came following a botched systems upgrade. We don’t have enough information to have an opinion on how bad under/overreporting is.

That said, we can’t rule out that Telecel’s 3.5% market share is not quite that, but the margin of error is probably low.

Telecel needs more subscribers and more revenue per user from current subscribers so that they can invest in infrastructure. Today, they have only 1.2% of LTE infrastructure in the country. With internet and data services growing in importance, this limits how much they can grow.

However, to get those customers or to improve usage per customer they need the infrastructure. Classic chicken and egg problem. Luckily, all is not lost, shareholders can give them more chickens.

Investors can pump in more money, shore up their infrastructure and help lead a comeback effort. Except there is the whole shareholder/ownership problem. Until that’s resolved the investment is unlikely to come.

One wonders what Telecel’s situation really is like. We know that data, voice and SMS contributed 90% to total revenues. Telecel had roughly ZW$272 million from those three services. So, with the caveats explained above we can work with a 100% figure of ZW$302 million in Q1.

That works out to around US$2.1 million using the auction rate at the end of March. Which is around US$710,000 per month.

We know from a source that in 2020 their revenue per month had fallen to US$3 million per month from $14m per month in 2015. This latest POTRAZ report suggests that those revenues have now fallen to around US$710,000 per month. That’s a 95% drop in revenue in 7 years and if the trends hold, the drops in revenues will continue.

If we don’t go by the leaked figures and instead rely on POTRAZ reports for Q4 2015, monthly revenues were US$7.3 million. That would mean the drop in revenues is only 90%. Still not great.

POTRAZ no longer gives us the MNOs’ share of costs. That would have helped us see what NetOne and Telecel’s profitability looks like. Econet is the only one that publishes financial statements to the public.

What we know is that costs have been rising faster than revenues in the sector. When we consider that there are some massive fixed costs for these MNOs, one wonders what Telecel has left after those costs when they only have US$710,000 in revenue per month to work with.

How the competition has fared

Remember though that the 2022 figures were arrived at by assuming that market share directly mirrored revenues. Historically that hasn’t been the case, Econet always had a higher share of revenue than their market share suggested.

This means Telecel’s US$710,000 per month and NetOne’s US$15.4 million are most likely overstated. The actual figures are less than that.

What do you think about all this? Can Telecel pull off a stunning comeback? The numbers don’t look good and if the trends continue the mobile network operator race will become a two horse race. No one wants that, we cannot afford to lose a player in this sector when we feel we are already being taken for a ride.

We reached out to Telecel but had not gotten a response by the time of publishing. We will update once we get the response.

Does Econet’s 1130% profit increase even mean anything? Benefiting from relatively low tariffs?