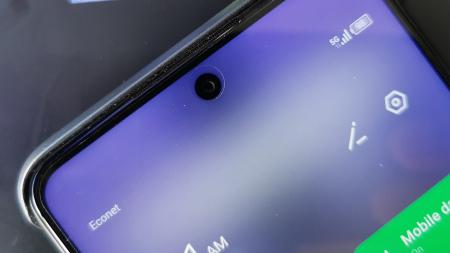 5G is the current and most advanced mobile communication method right now. It’s been here for quite some time and in Zimbabwe, it was introduced by Econet beginning of 2022. But the world over, 5G has not been performing as well as advertised. The kinds of speeds being promised are over 1Gbps and yet during the 2022 FIFA world cup, the 5G speeds were capped at 240Mbps. A survey done by Ookla shows the world’s median average 5G speeds at 168.27Mbps and on MTN SA my best speed test was 341.02Mbps. Fast but not as fast as we were promised in the news. To understand why this is we have to look at the way 5G works.

The reality of 5G is it’s coming in 3 forms. Lower band 5G, Midband 5G, and mmWave 5G. All forms of wireless communications make use of radio waves to send a signal from point A to point B. These radio waves are grouped into bands depending on their frequency (number of times the wave oscillates per second). Generally, the higher the frequency, the more volume of information the waves can carry. But also the higher the frequency, the weaker the wave is and the shorter a distance it can travel.

Back to 5G. Lower Band 5G has the best coverage of the current forms of 5G available right now. However, the good coverage comes at a price in the form of slow download speeds that are close to what you would get on good 4G.

Mid Band 5G is in the middle and tries to offer the best of both worlds. It has better speeds than lower band 5G but its coverage is not as good as lower band 5G. This is the one that’s most popular and being used by a lot of carriers including Econet in Zimbabwe. But of course, it will not get you the 1Gbps+ download speeds.

mmWave 5G however is the one coming in with those impressive speeds that are being used to market 5G. Its coverage area is very small and on top of that, it is very sensitive to physical barriers between the antenna and the smartphone. So even penetrating a simple wall is a challenge for it.

4G in its fastest form is supposed to go up to 300Mbps however ITU’s definition of real-world performance is 100Mbps. This makes 5G not that different from 4G if the global average of 5G 168Mbps. But then again the average 4G speeds are around 30Mbps making 5G just over 5 times faster than 4G in the real world.

That said, the figures being experienced on the ground are nowhere near the figures being thrown out in marketing material. These are substantially less. The biggest culprit is that mid-band 5G which is the most prevalent right now and is quoted as being about 6 times faster than 4G. This works out to around 180Mbps on the ground or 600Mbps using theoretical values from the lab.

It makes it all feel like a scam the way it’s being praised and used as a marketing tool by device manufacturers to distinguish a product. Smartphones are now coming with 5G in their name. And yet on the ground, 5G speeds really are not compelling enough for one to include 5G connectivity on their list of features when they upgrade their smartphones.

In fact, since the launch of 5G in Zimbabwe in 2022, it’s been very hard to connect to it at any of the Econet sites where they claim to have 5G availability. Only 22 sites have 5G in Zimbabwe making its availability very limited. Moreover, in the real world, good 4G is more than sufficient for one’s mobile connectivity needs. So for a consumer, 5G is not offering a big enough advantage for it to motivate one to consider it. There are always a few edge cases like uploading very big files onto a cloud server from a mobile device where 5G speeds will be appreciated. But for almost everything else, 4G is enough.

The really useful future of 5G is satellite communication

Last year the headline features on the iPhone 14 and Huawei Mate 50 series of smartphones was that they can connect to a satellite in space and help you send an emergency message via satellite. No need for any added hardware. If you find yourself stranded somewhere where there is no cell coverage then you have a lifeline that is satellite.

Qualcomm then announced that their Snapdragon 8 Gen 2 flagship chipsets will support satellite communication bringing the feature to 2023 flagship smartphones. And not only that. The satellite service is not just restricted to emergency services as is the case with Apple and Huawei. It will also support recreational communication to allow you to communicate with your peers in areas with no cell coverage.

The next evolution of this that is being worked on now is 5G Non-Terrestrial Networks (5G NTN). These are essentially ways of incorporating terminals above the ground surface as part of the 5G network. These terminals include high-altitude balloons, drones, planes, and satellites and will work in tandem with the terrestrial network (Fiber links and base stations) to improve network coverage in areas where current implementations of mobile networks are unable to deliver on coverage.

LEO satellite constellations will supplement terrestrial 5G infrastructure to increase network coverage and provide a backup in the event of natural disasters like earthquakes, floods and hurricanes. Moreover, they will assist with the delivery of enhanced mobile broadband and next-generation IoT devices by providing higher data rates and low latency across a constellation of satellites across the sky.

Almost every smartphone at the moment can communicate directly with a satellite but only for purposes of navigation. 5G NTN will look at bringing voice and data services directly from the satellite to your smartphone. It’s also going to play a crucial role in IoT, especially in the realm of self-driving vehicles where excellent network coverage and low latency are crucial demands.

5G NTN will also play a big role in providing a high-capacity backbone for internet access providers. At the moment fiber is the most preferred technology for backhaul links by Internet Access Providers followed by Radio Access Networks (RAN). 5G NTN is coming in also as a viable alternative to these backhaul options and with the promise that it will, for the greater part, not be affected by some of the issues associated with terrestrial networks such as power outages or natural disasters.

The biggest and brightest future of 5G is going to be an accelerated improvement in global network coverage. Instead of huge capital expenditures by MNOs constructing and maintaining a base station to service 10 subscribers, they would rather lease a satellite servicing the whole area. This means mobile coverage and convenience for you and me in the most remote parts of the world and also a faster rate of network expansion for the mobile network operators. Furthermore, instead of running point-to-point terrestrial RAN, MNOs will in the future only install a base station at a population cluster with the base station using satellite to connect to the rest of the MNO’s network.

5G is still quite young and still has up until 2030 to mature before the introduction of 6G. It essentially is setting up a foundation for the next evolution in mobile connectivity. It is being set up to accommodate the billions of IoT devices that are currently in use now and ones that will power the smart cities of the future. And it also has the potential to significantly change the way MNOs and ISPs design and manage their networks possibly reducing the need for a lot of hardware they currently use.

In its current state though, it leaves a lot to be desired and in a lot of cases is not much better than the 4G we already have. However, there are exciting and useful features within it in the form of 5G NTN which I certainly hope will be worth the wait.

11 thoughts on “5G is terrible right now. But it has a very useful and exciting future”