Ecocash Scraps Off Transaction Fees For Below $1 Transactions, Push For Kombi Fees By Ecocash 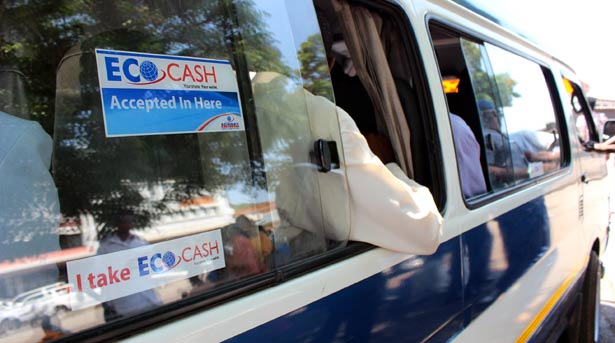 Zimbabwe’s largest mobile money services provider, Ecocash has set its site on the sub dollar economy. They have now scrapped off transaction fees for all below dollar transactions when paying for goods and services at merchants.. Their advert campaign is directly speaking about paying for kombi fees.

Pay merchant and not send money…

When I first saw this my immediate question was, “Are they scrapping the fee for all transaction types or just paying merchant?” I asked Ecocash and they confirmed my suspicion that this was for merchant payment and not every type of transaction. This made sense to me because that is exactly the strategic play I expect from Ecocash.

Ecocash has exhibited stellar strategic foresight and execution right from the beginning. They are a worthy case study for anyone interested in tech business models on the African continent particularly how to get it right and dominate a market. We have a write-up on this that we did a few months back. To buy it send an Ecocash payment of $4.99 to the Techzim Merchant Number 83688 then email admin@techzim.co.zw the payment confirmation and we will send the write-up to you. If you want to use any other payment method please email send an email and we will assist.

First off, Ecocash wants to own the merchant relationship. They now have 50 000 merchants that accept Ecocash payments across the country. This is almost 20% more than the number of Zimswitch POS and ATM terminals combined. Ecocash is thus the undisputed king of consumer payments. If they get public transport operators as they have set their sights to do then it will be difficult for anyone to touch them.

For all intents and purposes Ecocash has become the de facto cash in Zimbabwe. All with the exception of kombi and musika (public transport and vendor stalls) purchases. The reason why most people who are still queuing up for cash are still doing so is mostly kombi fare: hwindi anongoda cash and no other mode of payment (the conductor only wants cash). By attracting the kombi ecosystem to Ecocash, the mobile money operator will be able to keep a bit more of Zim’s funds on their platform.

The bigger game is utility

The bigger deal for Ecocash is making their service a no brainer for every Zimbabwean. They want to make it the most logical and only choice for the cashless Zimbabwean population. It’s not about transaction fees, it’s about locking users in. This has been the fintech company’s thinking from day one and that’s why they have 98% market share.

Agents were very critical at the beginning when people didn’t understand what mobile money was. Ecocash understood this of course and they built a bigger network than anyone else to the extent that rivals wanted infrastructure sharing to apply to mobile money agents too. Right now they have 30 000 agents and they can afford to bar any one of them for violating whatever terms they have because Ecocash is now more important to the agent than the agent is to Ecocash. Competition should see that too.

OneMoney or Telecash could have moved on kombis first

OneyMoney or Telecash had the bigger opportunity to be first with kombis because they have the Zimswitch debit card. They are the ones who should have invested in and pushed Kwenga like devices. They could have deployed these in kombis faster than Ecocash could say ‘Merchant.’ I am disappointed they didn’t see this one.

Drivers and their conductors will most probably resist accepting Ecocash because this means transactions will be on the record and so yemusana dololo (they won’t be skimming off from their employers’ takings). I don’t know if they can hold off against market forces though nor against Ecocash’s doggedness. We will see…

Downside to Ecocash for kombis for ordinary folks in the kombi

The little downside to this development is that it may make it easier for kombi operators raise fees. Right now the kombi fare is locked in at $0.50 because cash is super scarce and because change is a problem. Ecocash presents neither of those constraints.

Remember to buy Techzim’s write-up on the Ecocash strategy: just send an Ecocash payment of $4.99 to the Techzim Merchant Number 83688 then email admin@techzim.co.zw the payment confirmation and we will send the write-up to you. If you want to use any other payment method please email send an email and we will assist.