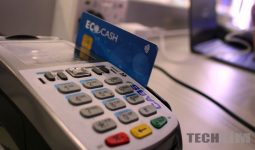 What has been suspected for a while now has been confirmed in the recently released POTRAZ Q2 report of 2017: EcoCash is synonymous with mobile money in Zimbabwe.

Sitting at a staggering 97.98% of market share for subscribers, the Econet-owned mobile money solution has cemented themselves as the dominant player of mobile money in Zimbabwe.

Similarly holding 93.79% of the agent network in Zimbabwe one can postulate that of the over $835 million mobile money payments transacted between the months of April – June 2017 EcoCash would have undoubtedly handled a large portion of that.

The tables below give a snapshot of the current situation (well, 3 months ago, and judging by how things happen in Zimbabwe, chances are high that they may have changed. NetOne relaunched their mobile money solution and time will tell whether they’re getting it right this time around.)

From the table above it can be seen that even though Government owned entities NetOne and Telecel have the capabilities of intergrating with Government services, they have chosen not to exercise this option. Their market share sitting at just over 2%, a total of 67,817 subscribers, will fill our National Sports Stadium while EcoCash subscribers can take up the total population of Harare, Chitungwiza and Bulawayo all combined!

As a ratio, for every 50 EcoCash subscribers, there’s just one OneMoney/TeleCash.

The agent network follows a similar trend, with EcoCash having convinced over 23,000 agents to sign up for the service.

I’ll be quick to point out however that this figure does not correspond with previously advised figures from EcoCash, where they stated they had 30,000 agents signed up as of June 22, 2017. We’ve reached out to them for clarification.

As a total $835 million was processed through mobile money platforms and I can bet my last bond coin that most, if not all, of that, was through an EcoCash account.

Econet has done well to become the defacto service for mobile money payments in Zimbabwe and maybe Government should be worried of such a monopoly. As consumers, we get worried when their service goes down, even for just a few hours, as a number of people are affected.