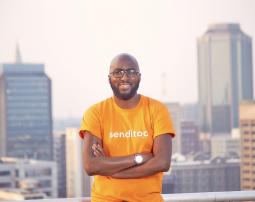 Senditoo has been blazing a trail especially in 2020. The company slashed all fees for money transfers to Zimbabwe and it also launched a referral program where people get US$10 for referring someone to the service.

On this episode we talked about:

We had a conversation with Eugene Ramirez Mapondera, comic book artist, animator and businessman. He is also the co-founder of Comexposed and he joined us to talk about being a creative in Zimbabwe.

We also had a conversation with Norman Moyo, the Chief Executive Officer of Econet Subsidiary Distributed Power Africa. He gave us the lay of the land in Southern Africa when it comes to solar as well as all of DPA’s activities in Zimbabwe.

Lastly, we had chat with Simbarashe Mangena a Nuclear Engineer from the Radiation Protection Authority of Zimbabwe. We got to hear about all the different applications for nuclear sciences and technology. As well as how close (or far) Zimbabwe is from its own nuclear power generation program.

Technikari with Simbarashe Mangena, from the Radiation Protection Authority of Zimbabwe (RPAZ)