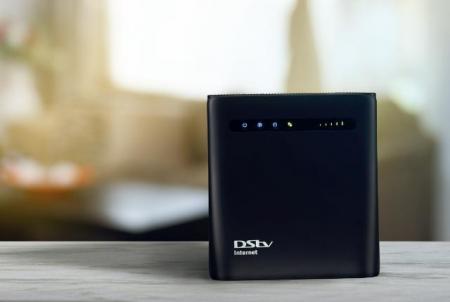 While we have been busy writing DStv’s epitaph it seems it’s the tidings about the satellite provider’s impending death has been greatly exaggerated indeed. Once again Multichoice has shown that while it is indeed in the fight of its life with streaming companies like Netflix eating into its market share it’s far from done. Over the years the company has successfully fought off jackals like Kwese TV who would have its spoils.

The company’s South African subsidiary recently announced that there were venturing into the internet business. That’s right, DStv South Africa is no longer just the traditional satellite TV provider you were used to. Now they offer very affordable LTE packages that come with a router too.

Currently, they are offering the following packages:

NB Given those very minor price differences you would be an idiot not to get the router deal. Of course, being on the wrong side of the Limpopo all we can do is watch and salivate while our MNOs lash our backs with the WiFi bundles.

I am not even going to insult your intelligence by comparing these prices to what we pay here in Zimbabwe but just know this, even in South Africa these are pretty sweet deals.

Hey, where is the speed?

Before we can go to the treetops and start singing praises there is one glaring omission in all this big reveal. What speeds are customers going to expect from these packages? That’s a mystery for now but I am sure we will have the numbers soon once customers start signing up. The only time DStv mentioned speed was in passing where they claim it’s no longer such a big factor:

Great speed on its own is no longer enough, consumers demand more.

In a time when people spend more time online than ever before, Wi-Fi management and security of their home network and parental controls around children’s behaviour online have become increasingly important services for operators to provide.

He is right but here is what you need to bear in mind, great speed might not be such a big deal but it’s kind of expected. DStv is a media and entertainment company. You can expect that people who buy this product will expect to be able to stream DStv Now and Showmax Pro content without running into issues. For that to happen DStv’s internet needs “great speed” the rest is just noise and marketing gibberish.

Multichoice is partnering with MTN to offer its internet packages. MTN has got very good coverage in South Africa so coverage will not be a problem. Unlike our banana republic where you have red tape and roadblocks everywhere in South Africa becoming a virtual network provider is quite easy. FNB connect for example is a cell service that recently reached the 1 million subscriber mark.

Back here in the banana republic of Zimbabwe puffed up authorities would have frustrated such effort as long as you didn’t grease the measly palms. To date, we are still waiting on POTRAZ and the powers are to introduce MVNOs. Donkeys will grow horns before this becomes reality. Everyone seems to be more interested in the 2023 elections rather than the here and now.

Following the footsteps of OpenView HD

DStv might have more success and their launch has probably raised more awareness but they are not the first satellite operator to venture into the internet business. OpenView beat them by months as they launched OpenView Connect early this year.

They provide you with an LTE dongle that you can plug into your decoder and create a Wi-Fi hotspot in your home. The decoder powers the supplied dongle. You can get speeds of up to 150Mbps on 4G. Yes, this is what my colleague and I have been saying in several articles already. 4G does provide very fast connectivity and if tweaked you can even get near 5G speeds without wasting money buying useless 5G towers just for PR reasons.

Sorry, I am getting sidetracked here, it’s an emotional as well as financial issue for me. After all, they are using my tax dollars to do these things. Anyway, we were talking about OpenView HD. They have been a hit in certain neighbourhoods and areas to the extent that DStv felt compelled to come up with their own product. Not that it’s a bad thing, they say imitation is the best form of flattery. Besides it just means more choices for customers.

The lucky South Africans can expect Multichoice to throw in some love bundles with their internet packages at some point. MTN already offers ShowMax streaming bundles that are similar to what Econet used to offer with their ill-fated iFlix project. You can expect sweet deals like this. Probably cheaper DStv and ShowMax Pro data that will not count against your regular data.

Those lucky South Africans have it easy I tell you. Here in our beloved teapot someone would frustrate such a product and kill it in its crib. That’s how they roll South of the Zambezi. Unless some genius is able to make tie this to 2023 somehow in a way that appeals to the politicians. Sorry, bad joke. Long day.