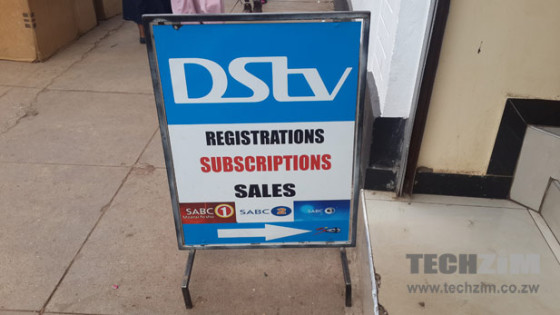 If we dial down the noise around VOD services it’s easy to see that Multichoice’s DStv is still the most convenient Pay TV service locally. But for all its merit, DStv still gets slammed for unfair pricing and TV package arrangements, especially when it comes to the closely followed European football leagues.

Which would explain why some Zimbabweans still sign up for South African DStv packages  – to access more content at a discount and, more importantly, get access to league fixtures for England’s Barclays Premier League(EPL) and Spain’s La Liga on cheaper bouquets like South Africa’s DStv Compact.

Now, MultiChoice wants to change that and has now introduced two new sports channels, SuperSport 11 (DStv Channel 211) and SuperSport 12 (DStv channel 212). The two channels will be focused on EPL and La Liga and will also cover the Euro 2016 tournament. These channels are available on the same DStv Compact bouquet that Zimbabwean MultiChoice subscribers are accessing.

It’s a significant step back for MultiChoice Zimbabwe. Last year, it migrated all major European Football coverage to its Premium bouquet which is priced at $82. Needless to say, the change, which coincided with the start of popular European Leagues in August, wasn’t welcomed by Zimbabwean subscribers who already complain about other unfair practices like regular price increases.

This adjusted football access likely pushed a significant number of soccer fans to try the DStv South Africa option which, though illegal, offers EPL and La Liga coverage for 319 Rand (US$20.91) under the South African DStv Compact Bouquet.

That’s all just presumptious, though. Officially MultiChoice Zimbabwe has stated that these new channels are their way of prioritising subscribers’ needs and giving them good news in tough economic times.

Too late or too weak a response?

The new sports channels for DStv Compact subscribers outside South Africa are long overdue. They will, at least, give loyal DStv Zimbabwe subscribers an opportunity to access popular football for $32 a month.

However, this doesn’t look like it will be enough to sway all the subscribers who have switched to grey South African accounts.

Even with the offer of international football matches dangled in front of them, the significant difference in bouquet prices is too tempting to lure a subscriber who is now getting a full offering of DStv entertainment (including South African channels that used to be available on now-defunct Free-To-Air decoders) for $45 with an option to migrate to a $20 bouquet that still offers more than its counterpart Zimbabwean DStv package.

This can be blamed on a lot of things – the weaker Rand that makes anything paid for in South Africa more appealing, the Diaspora effect and Zimbabweans being crafty enough to set up this sort of arrangement years ago, macroeconomics and logical reasons (why pay more, really?) or even just plain old football fanaticism. Whatever the case, it’s going to take more than just 2 channels to dissuade these lost subscribers.

At the same time, DStv is now starting to adjust to viewer consumption trends that are being affected by a tough economy where disposable income is shrinking, the threat of a thriving market for offline viewing options like pirated DVD content and the emergence of viewing alternatives from the internet (yes, Netflix and the VOD camp might be minor threats, but they are growing)

Who knows, maybe if things don’t change there might even be a genuine decrease in DStv prices.