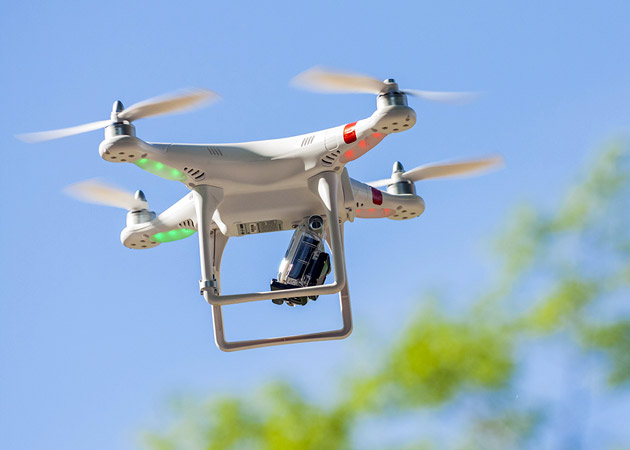 On Friday the Chief Secretary to the President and Cabinet, Dr Misheck Sibanda announced members of President Mnangagwa’s new cabinet together with the deputies. Advocate Fortune Chasi was part of that list. He is Zimbabwe’s new Deputy Minister of Transport and Infrastructure Development.

That same night the new deputy minister took to Twitter and expressed his readiness to serve and to engage with the citizenry. He even promised that he won’t run away from Twitter (as some do when the heat is turned up). The first response to the tweet came from Simon de Swart (cool guy who’s into video content and stuff). Here’s Simon to Fortune Chasi:

A smaller issue for later on: there are quite a lot of drone pilots in Zimbabwe who would like the new drone regulations to be approved and come into force so we can fly legally and safely. The draft has been awaiting approval for more than 2 years now.

To that Chasi declared:

Thanks! Technically all drone flights are currently illegal.

Yes, most of the drone action we see is being done illegally. That’s not to say drones are illegal in Zimbabwe but that meeting the legal requirements to fly a drone in Zimbabwe is a feat. You must have a letter of approval from the Civil Aviation Authority of Zimbabwe first. To get the letter you need to have demonstrated piloting skills and of course you need to pay a fee!

As one flies the drone they need to have a fire extinguisher close by together with a first aid kit. You need to be insured as well. All these are not suggestions, they are law. So you see, the guy who flew a drone that bore the rings at my cousin’s wedding (true story) was breaking the law- there was no fire extinguisher or first aid kit in sight.

The bigger problem is that these regulations are kind of a place holder because there is still a pending procedure for the promulgation of the regulations. So this is an enforceable law that is standing in for the gazetting of the actual law. However, as if that were not confusing enough, the pending law will be based on a draft of these same regulations.

You can download the full 31 pages of the draft regulations in PDF here or you can check out a list of do’s and don’ts that we did when the regulations were submitted to the former Minister of Transport two years ago.

Drones are not just a hobbyist thing

When personal computers first came on the scene they were treated as a hobbyist gadget and of course they were mostly used by geeks and even powered by a geek’s software (Bill Gates is the ultimate geek!) This made a lot of people underestimate the impact they would make. This could be the way drones are largely viewed in Zimbabwe right now and oh boy, are we underestimating the impact of drones!

Beyond drone racing that we are doing here and some cool photography there is not much happening except maybe Cumii but they are still yet to fully deploy services. We have previously explored how drones are being used to solve very big problems elsewhere on the continent. I also shared how Rwanda is the first and possibly still is the only country in the world to have a fully functioning drone delivery system and they are using it to save lives in the medical space.

The Zimbabwe government did acquire drones for combating elephant poaching though- good story!

Early this year we were approached by a reputable company from the US that wanted to roll out a drone based service in a very critical sector in our country. We tried to secure a meeting with higher offices for these guys but the bureaucracy was crazy. The team came to Zimbabwe anyway but I am not sure they made much headway. What was disappointing was that these guys were coming with their own investment (several millions), all they needed was partnership with the government….

So, yeah when a new deputy minister says he loves drones I cling to those words and I hold him to that confession of love. Hokoyo Advocate Fortune Chasi, I am pushing for you to bring clarity to the issue of drones and their regulation. It may seem like a small matter for this ministry that deals with projects like dualisation of the Beitbridge-Chirundu Highway, mordenisation of vehicle registry…. I contend drones are just as important but do not require much energy and investment. Things just need to be clear and investment will find its way.

4 thoughts on “New Deputy Minister Of Transport Says He Loves Drones, Hope That Means They Will Fly Legally Soon”