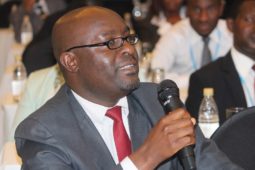 Local financial services regulator the Reserve Bank of Zimbabwe (RBZ) has warned Zimbabweans of the risks associated with Bitcoin.

At the Mobile Money & Digital Payments Conference, Josephat Mutepfa, the RBZ’s Director of National Payments pointed out that while cryptocurrencies might be a global phenomenon and there might be a number of Bitcoin initiatives that now offer specific services in Zimbabwe, the central bank hasn’t devised regulation for cryptocurrency.

As such, citizens who use it could be exposed to risks associated with untraceable transactions. Bitcoin, one of the most popular examples of blockchain technology provides holders with a virtual currency alternative and some startups have been offering services through Bitcoin.

Examples include Bitmari, a service that facilitates remittances to Zimbabwe in the form of Bitcoin.

Citing cases of collapsed Bitcoin exchanges, Mutepfa emphasised how the regulator’s stance was influenced by the need for a cautionary approach, especially with the risks associated with Bitcoin as unregulated alternative.