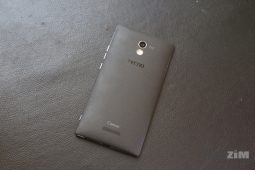 Our last recent review of a TECNO device came in the form of the TECNO Boom J8, a device targeted at all music lovers. Now I bring you the TECNO Camon C9. This piece of hardware is targeted at the photography lovers specifically the selfie centric population.

I won’t be a spoiler so let’s jump into the review for the full scoop!

Second time around and the Camon C9 does not disappoint at all. 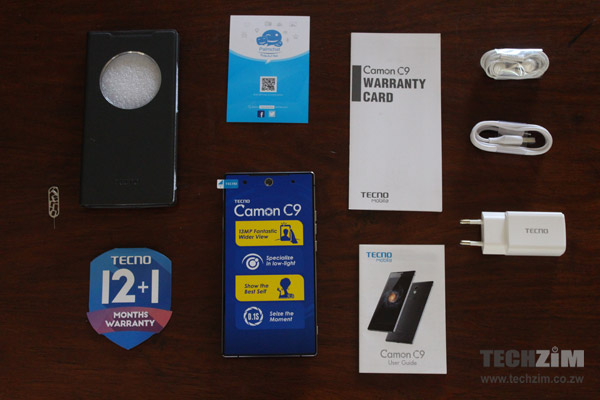 A healthy helping of accessories here even the Sim ejector tool is branded TECNO in a funky style. All boxes have been ticked. Moreover the box the device came in gave a very satisfying unboxing experience. Thumbs up to the packaging.

The Camon C9 follows the same design aesthetic of the Boom J8 which is an uninterrupted slab of glass up front,  a thin metal frame round the edges of the device and a plastic back with a velvet finish which is pretty nice to the touch. 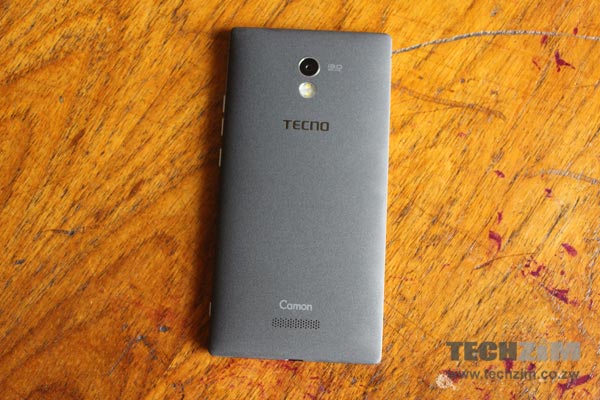 The back is curved giving off nice ergonomics but at the peak of the curve the device gets a bit chubby with a waistline of 10.35mm. The thin metal frame gives the illusion that it is a pretty sleek device, which I don’t mind at all. 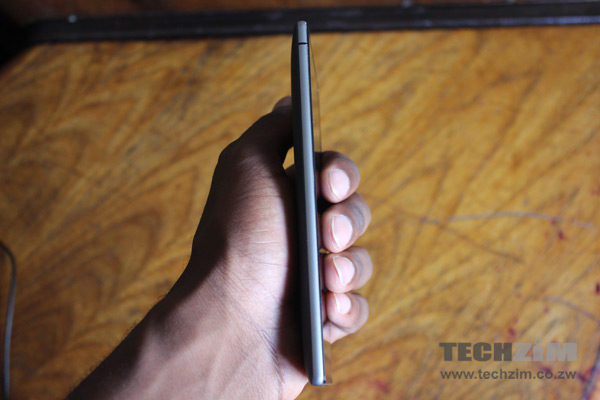 On the face of the device is a 13MP camera demanding all the attention and positioned above the display right in the center. To its left is the LED flash to ensure great selfies in even the darkest environments and to its right is the proximity and light sensors.

The earpiece is a thin long grill located above the camera right at the edge where the glass meets the metal. 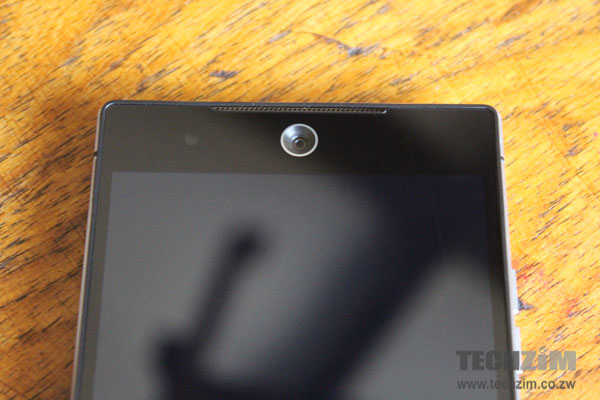 The display is a 5.5 inch IPS LCD panel packing 1920 x 1080 pixels (Full HD) and is a nicely sharp one at that. In bright sunlight reading contents of the display can be a bit of a task though. Also manually adjusting the display brightness to its minimum setting somehow actually turned the display off completely and the only refuge I had was launching the camera which forced the brightness to maximum and then adjust it from there. It could be an issue that a software update can eliminate so it’s best you leave the brightness slider far from low. 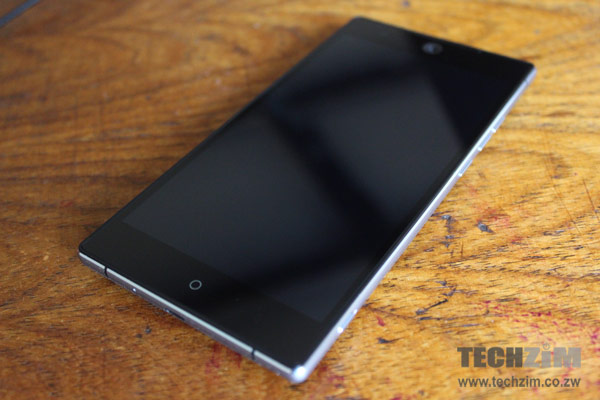 The bottom of the display is home to the virtual navigation keys which I feel is still a good use of the lower bezel of the device as well not cheating me of my screen real estate which on-screen navigation keys consume.

The home button can be identified by virtue of a thin white circle which is backlit and doubles up as a notification light. It is relatively hard to see in bright sunlight but looks very good at night.

Flip over to the back of the device and you will find the refreshing velvet textured back which is removable. Don’t get too excited though the back cover is only for accessing the sim trays and the microSD slot. The battery is bolted onto the chassis of the device.

The loudspeaker is also located on the back of the phone right at the bottom and is respectably loud at 75 decibels.

The right of the device is home to the volume rocker, the power button and the dedicated shutter button that can also be used to launch the camera even when the device is locked. This is a camera centric device and I was expecting the shutter key to at least provide me with half shutter to focus.

The left is left bare and the bottom is home to a micro USB port as well as the primary mic. The top of the device houses the 3.5mm headphone jack.

13MP front snapper and 13MP rear snapper. Now TECNO went all out in boasting that this phone has one great camera and here are their claims.

Our answer. Yes and yes. The pictures you take are saved before you even remove your finger from the shutter key. Daylight shots are really good but for a camera centric phone that’s a walk in the park. Low-light images do come out impressively bright but suffer from a good amount of noise.

One aspect that disappointed me was a lack of a Professional or Manual mode in the camera shooting modes. The Boom J8 is an audio centric device and it showed when you entered the music player settings. I want the Camon C9 to throw me in a front row seat of a professional photographer at will.

It can capture video up to 1080p maintaining frame rate as well as details and also brings back a 120 frames per second slowmo mode at 480p good for some actions shots.

The selfie snapper comes with Beautify Photo 2.0 which serves the purpose of evening out your skintone. The 13MP sensor retains a decent amount of detail too producing pretty sharp self portraits.

Audio output from the loudspeaker is nicely loud at 75 decibels with very little distortion. A point to note though the speaker does not like to be maxed out when playing music and a disturbing rattling can be heard. Drop the volume about 3 notches and the balance to the universe is restored.

Connecting the bundled headset opens you to nicely loud volume levels and a pretty clean output. Audio settings can be tuned in the device settings menu but no settings  for audio can be found in the music player which can be a bit of a bother.

Slight issue I had was the lack of low end bass via a wired headset which is just nitpicking and not a complete train smash though.

The Camon C9 is a dual sim device enabled with dual 4G and also has bluetooth 4.0. There is no CDMA support here so again Africom and Powertel subscribers might still need to hold on to their dongles. Voice calls are pretty clear and pleasingly audible. 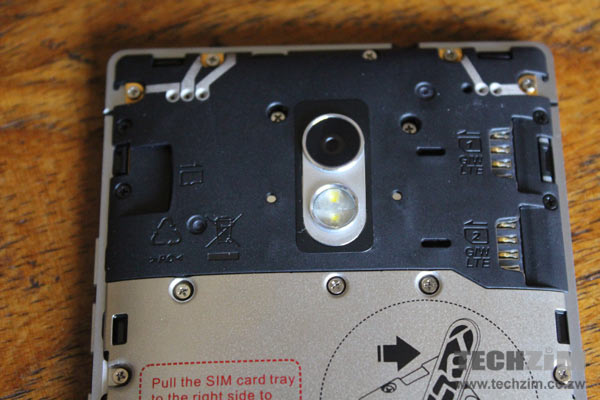 A 3000mAh battery provides juice to the Camon C9 and as aforementioned it is bolted onto the chassis by 12 screws. Yes just to make sure you get the hint that the battery is NOT removable accompanied by a slew of warning labels. 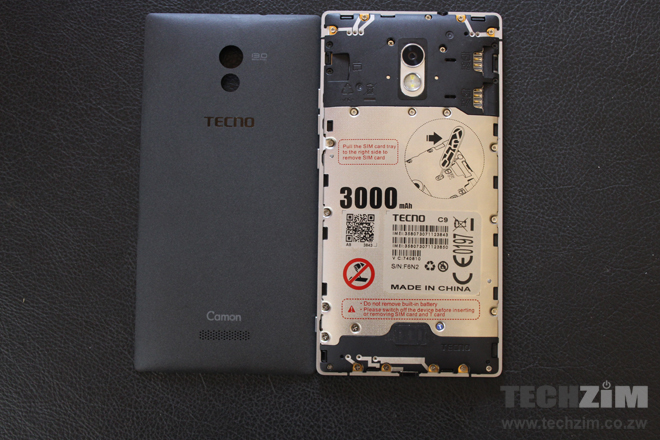 The Camon C9 suffered a 69% battery drain after an hour each of video streaming, gaming and video recording which is pretty decent for the 3000mAh battery. The device does get pretty warm when you put it through its paces which is a norm for modern day smartphones but the Boom J8 managed to run cooler than the standard smartphone.

Since the J8 has a lower display resolution maybe less load on the GPU allowed it to stay cool under fire but the C9 does remain pretty cool under light to normal usage. This is a completely artificial test which allows us to provide a uniform test environment for all of our devices for purposes of comparison.

The powerhouse inside the Camon C9 is a Mediatek MT6753 CPU bundled with a Mali-T720 GPU which is more than enough to gobble up daily tasks. It has 2GB RAM enough for some decent multitasking and 16GB of internal storage buffer.

Running our synthetic benchmark revealed a score of 38717 which translates to smooth lag free operation for the everyday user and considering this is a proper mid-range device that score is a very healthy one for a device of this category.

Notice that the score from the Camon C9 is about 8000 points ahead of the Boom J8 and yet they run from the same hardware with the C9 being at a slight disadvantage due to its display that, due to the extra bump in display resolution, puts a strain on the GPU. The lead can be attributed to software optimization as the Boom J8 at the time of testing was running Android 5.1 Lollipop whilst the Camon C9 was on Android 6.0 Marshmallow.

The C9 and the J8 both are mid range offers from TECNO with the same hardware and similar software. So the easter eggs in the C9 are the same as those in the J8 that is:

You can change the functions of these letters in the settings menu and customize it to launch an application of your choice and you can also take a screenshot by just sliding 3 fingers down the display.

+ The sharper display is a very welcome addition.

+ Pretty decent audio output via a pair of headphones

+ The design of the phone. The velvet textured back is a mighty fine refresher from the usual metal and glass backs and its much less prone to scratches and fingerprints. The metal frame, though deceiving the eye to the actual thickness of the device we do not mind at all.

+ The asking price of $200 is a complete bargain for the hardware you are getting.

+ Pretty decent battery life good for over a day of normal usage.

– Rattling of the loudspeaker at maximum volume

– Gets pretty hot when put through its paces. Hotter than the J8.

– The display completely switches off when the brightness slider is placed in its lowest setting. 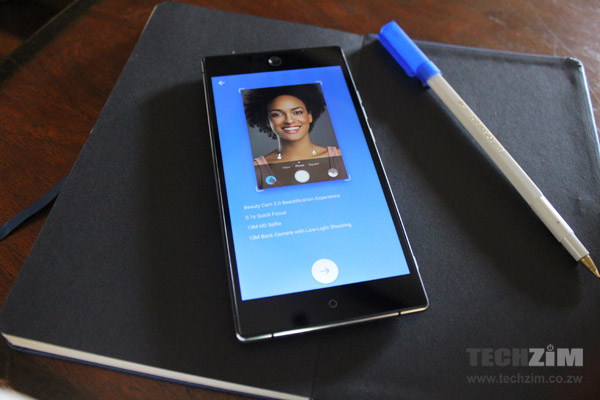 Ladies and gentlemen. If you are looking for a good looking, capable and very affordable smartphone, with very decent specs at an asking price of 2 Benjies look no further.