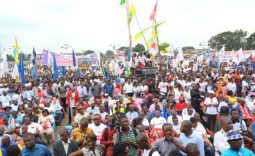 The Democratic Republic of Congo’s (DRC) Government has ordered ALL telecoms companies block ALL social media networks on Sunday 18 December ahead of protests set for Monday, 19 December, calling for President Kabila to step down after his constitutionally-mandated second term comes to an end on the same day.

The order was issued by DRC’s Posts and Telecommunications Regulatory Authority (ARPTC), their version of POTRAZ, which called for:

temporary blocking of sharing of images, video and voice (data) over the network…

…In cases where partial blocking is not possible, you are required to block access to the relevant social networks entirely

DRC ISPs and Telecom providers have announced that they will comply with the directive fearing non-compliance would result in their licenses being terminated.