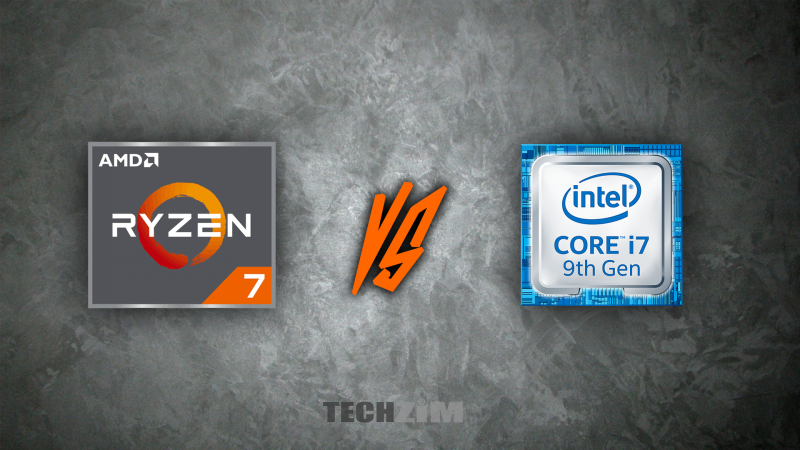 It’s no secret that AMD has struggled to keep up the pace with Intel, who have dominated the processor marketplace for both desktop, laptop and server markets for the last two decades. In 2017, AMD set out to change that; with the launch of AMD’s “Zen” architecture and out came the Ryzen 1000 CPU series for desktops and laptops.

For the first time in years, AMD’s Ryzen 1000 gave a true challenger to Intel, and though it didn’t quite achieve the same level of performance per clock (i.e. 1GHz Intel did not equal 1GHz AMD) it wasn’t too far behind, and crucially, the pricepoint was significantly lower than Intel’s.

Then, in April 2018, along came the launch of the “Zen+” architecture accompanied by the Ryzen 2000 series of CPUs. Again, Ryzen 2000 was another true challenger to Intel’s processors and this time around came even closer to the same performance per clock.

On 7th July 2019, AMD launched its third generation of Ryzen processors for desktop PC users. The 3000 series marks the launch of and is built upon AMD’s “Zen 2” architecture, the successor to Zen+. Ryzen 3000 is a big deal because finally, AMD has not only been able to match Intel but actually outperform Intel’s comparative CPU counterparts in raw performance per clock. Plus, AMD’s Ryzen 3000 CPUs use much less power compared to Intel’s CPUs, while costing less.

AMD is no longer challenging Intel – it has leapt over them.

The Ryzen 3000 series brings us, 6 models of CPUs, split up into 3 tiers; the “mainstream” Ryzen 5 tier, the “performance” Ryzen 7 tier, and the “Enthusiast” Ryzen 9 tier. Do those names sound familiar to a certain Core i5, i7 and i9 family?!

The incredibly cheap entry point of $199 for such a meaty processor shows us that AMD isn’t messing around. They’re here to completely overtake Intel’s complete glory, from the value-oriented systems to the highest performance HEDT (High-End DeskTop) chips.

Now for some dirty secrets.

Comparing the Ryzen 5 3600 to the 3600X, there’s only a tiny difference between advertised clock speeds and benchmarked performance — and yet there’s an extra $50 tacked onto the price tag.

It’s all in the chiplets!

The Zen 2 architecture is built upon a ‘chiplet’ design, which put simply, means that each piece of silicon contains 8 cores. A Ryzen 9 3950X has two physical chiplets per CPU to achieve its 16 core count, whereas a Ryzen 7 3700X only needs one chiplet on the CPU for its 8 core count. But what about the 6 core and 12 core CPUs? Here’s where things get interesting!

Buying a 6 core Ryzen 3000 CPU actually gets you a processor with 8 physical cores on it, although two of those cores are disabled or fusioned off. The disabling of cores is part of a process known as ‘binning’ that is used by all CPU manufacturers, whether that be of a desktop processor, a smartphone ARM processor, or even graphics card GPUs.

CPUs are made up of silicon. The manufacturing process involves a big wafer (sheet) of silicon going into a specialist cutting/printing machine, which ‘etches in’ the actual design of the CPU, adding connecting lines and gates as it goes.

Once the entire wafer is printed, the silicon is chopped up into individual pieces which are attached to plastic boards (PCBs) and then connected via copper to the rest of the components that make up the processor as we know it (as pictured above).

All of the individual CPUs are then tested at various speeds and voltages, before being ordered based on how fast, stable and power-efficient each one is. Sometimes not all parts or cores of each CPU are usable, so they’re either fusioned off (i.e. an 8 core CPU becomes a 6 core) or downgraded to a lesser spec product.

So back to our Ryzen 3000 chiplets and binning process. All Ryzen 3000 CPUs are either 8 core or 16 core models, but some have their most inefficient (or broken) cores disabled. The Ryzen 3600 is likely a “loss-leader” or at best, makes an extremely small margin profit for AMD, hence why the next CPU up is actually 25% more expensive for only a fraction more speed.

AMD has been quite clever with their chiplet design, using it to their advantage. The $199 for a 6 core vs $329 for an 8 core, despite being “the same silicon”, actually shows us how much the binning process actually costs and where the true value of the silicon lies.

It’s also why the 12 core 3900X is available to buy 3 months before the flagship 16 core; because AMD needs the silicon throughput from sales, to help the binning process and have them achieve the flagship product specs.

After all, they require two completely top-spec, flawless bits of silicon to make the flagship Ryzen 9 3950X work which also explains the massive $250 price bump between a 12 and 16 core, again despite it being “the same silicon”.

AMD vs. The Competition

Before we do a full review of AMD’s performance, let’s do some headline figure comparisons between Intel’s CPU offerings and AMD’s to see where the value lies. I’ve grabbed the most comparable products from both teams:

Note how their TDPs have a + after them?

That’s because Intel measures their TDP based on the non-turbo speed. For example, the 9900K is a 95w TDP processor at 3.6GHz but consumes a lot more power than 95w when operating in up to 5GHz turbo mode.

Our friends at Anandtech have shown that an Intel Core i7-8700 CPU, with an advertised 65w TDP, actually consumes up to 180w! AMD, on the other hand, measures their TDP based on boost speeds, which means AMD’s latest Zen 2 architecture is leaps ahead of Intel’s Coffee Lake architecture where power efficiency is concerned.

The overall bang-for-buck ratio sits firmly on AMD’s shoulders here, with the red team offering more cores and threads than Intel’s counterparts, faster clock speeds, and massively higher cache sizes. So where does that leave the performance figures – just how fast are these new AMD Ryzen 3000 CPUs?

The previous-gen Ryzen 2000 CPU series came close to — but not quite head to head with — Intel in general productivity performance. Things like application launches, web browsing and general office-like productivity were definitely fast, but the single-threaded performance was definitely behind Intel.

Take a look at these graphs.

The entire Ryzen 3000 CPU series is perfect for gaming; anything from AMD’s entry-level 6 core to their flagship highest 16 core will run any game title perfectly smoothly.

First, we take a look at some popular titles in 1080p with their highest settings. Playing 1080p with a high-end graphics card will bottleneck the CPU long before it can push the GPU to its limits, so the 1080p results are a great way to see where our raw CPU performance lies.

There is still a slight gap between Intel’s flagship and AMD’s here – though you couldn’t visibly tell the difference between a high-end AMD and Intel CPU unless you actually looked at FPS counters.

We’re now looking at a respectable difference of 3%-15% depending on the particular game. This slowness in games is due to AMD’s memory (RAM) controller, which can slow to almost double the latency compared to the blue team’s CPUs.

Games push lots of pixels and ‘events’ around the system, so this latency matters a great deal here. AMD’s memory bandwidth is slightly behind Intel’s too, at 21GB/s compared to around 23GB/s on Intel’s side when compared with the same RAM speed. If AMD can reduce the latency somehow with microcode updates, then they have the potential to outperform Intel in games because the CPU performance alone is actually higher.

However, when comparing the 4K gaming performance we can see only 1 or 2 FPS difference between the red and blue team on average.

This is great news for potential AMD buyers, who can sit confidently knowing that their real-world gameplay will be unhindered by a cheaper and faster CPU choice to Intel. Plus, with AMD supporting PCI-Express 4.0 on Ryzen 3000 CPUs, upgrading to a bigger and faster graphics card in the future will cost a lot less money than Intel, whose current CPUs or motherboards do not support PCI-E 4.0.

This is where the Ryzen 3000 series really shines. Workstation tasks like rendering, video converting, encoding, encryption and other number-crunching have always been AMD’s strong point, but now this sits firmly in AMD’s favour with Intel being smoked for dollar-to-dollar performance.

Server CPUs from both Intel and AMD are based on the same architecture as consumer CPUs, except they typically have more but slower CPU cores, rather than fewer but faster CPU cores. This is because a CPU performs much more power when operating at higher frequencies.

For example, running a task on 2x 2GHz cores will use less power than the 1x 4GHz core. For data centres, where up to 47 servers are crammed into a very small space, power consumption is a big problem and so any savings are very much welcomed.

While AMD is yet to launch their EPYC CPU range based on the new Zen 2 architecture, AMD’s CEO Lisa Su has already dished some mouth-watering details.

Currently, Intel’s Xeon flagship consists of 28 cores per CPU, whereas AMD’s new EPYC range will boast up to 64 cores and 128 threads per CPU. What’s more, two CPUs can be paired in a dual-socket motherboard to gain an incredible 128 core, 256 thread density. Su has publicly demoed some early iterations of the 64 core EPYC CPUs, which seem to win up to 19% extra performance compared to Intel’s flagship while using less power.

AMD also has a HEDT (High-End DeskTop) series of CPUs, called Threadripper, which are meant to bridge the gap between desktop and server CPUs. HEDT CPUs are used where performance is of the utmost priority, but where cooling or power constraints don’t matter all too much — not so much data centres but prime for professional workstation use like video editing, laboratory work and such like.

AMD usually announce their Threadripper CPU series’ at the same time as EPYC, so when that time comes around we might even see some super high clock speed 64 core CPUs which will make Intel’s maximum 18 core HEDT CPU a laughing stock.