Can technology save Zimbabwe? 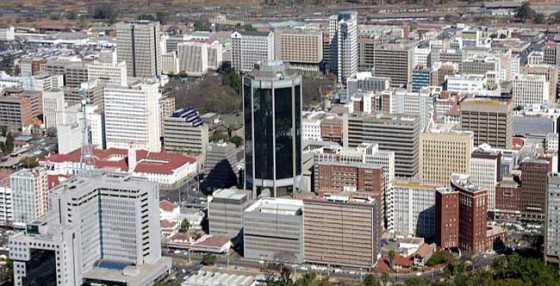 Saying Zimbabwe has problems feels like an understatement. Everything seems to be in short supply and whatever is available is either inaccessible or charged exorbitantly. As we are in the age of technology, can we look to technology to solve some of the challenges we face in Zimbabwe?

This is the mother of all problems in Zimbabwe and Africa as a whole. Even if we solve every other challenge that we face as a continent, as long as corruption persists, we have done nothing. Some of the places where corruption should not even be a thing are:

You are bribing people to do their jobs. These people get a salary at the end of every month. The reason why they accept bribes is because their salaries are not enough. I have been to Botswana on several occasions. The locals there say if you are going to bribe the police, you will need to fork out a lot of money. Over here in Zimbabwe, as little as US$1 is good enough. You are giving a police officer a loaf of bread and they accept it.

Yes, technology can curb corruption. All of the processes where a human being can be replaced with automated tools will lead to zero corruption. If instead of putting together a bunch of papers, one fills out an online application to get a passport or number plates, corruption is all but eliminated in that procedure. Yes, there are still ways it can persist, but it will be isolated and very difficult to do.

Another method is to use a deterrent and report all cases of corruption. Mobile Apps are a very viable solution here. You simply log in to the application, say I paid a bribe and give specifics. The platform where the cases are logged should be public and accessible to anyone. This way, we can curb low-level corruption. High-level government corruption is another beast entirely.

This is such a basic problem, its a wonder that a country as advanced as Zimbabwe has a water shortage. City authorities and ZINWA have all but failed to provide water. They collect fees every month, and buy themselves fancy cars but never worry about delivering on the services they ought to.

Can technology give us water?

A lot of people look to advanced technology such as mapping out water tables using GPS satellites and drones. But does any of this bring water into your home? The answer is no. So that is a dead end. Just a fancy way of looking at charts of water.

Other people have suggested we drill boreholes, set up solar-powered submersible pumps and pipe the water to homes. Now bear with me, we are failing to maintain manual boreholes. Some of those boreholes need bolts that cost US$2 or less to fix. Now, how do we think we will be able to maintain solar-powered submersible pumps with piping? This is a no brainer.

The planet’s surface is more than 70% water. The challenge is that most of this water is saltwater and the currently available methods of processing saltwater are too expensive. Maybe we can research further into more efficient methods, but the problem is salt. Salt just damages everything.

There is also a method of harvesting water molecules from atmospheric humidity. This method is similar to processing saltwater in terms of cost efficiency. It is not worth it compared to the amount of water we gain.

The best solution for us is to drill more boreholes, put manual hand pumps and call it day. Technology cannot really help us here.

There is a global food shortage. The population of the planet is growing each year by just over 1%. It is predicted the planet will be carrying 10 billion people by the year 2050. Food production is causing significant deterioration to the soil, rivers, forests and several other natural resources. With the ever-increasing frequency of droughts, we are in big trouble.

Can technology feed us?

There are two major ways technology can readily give us food. Several labs around the globe are producing food in labs. A reporter from The Guardian says he was given a burger made from lab-grown beef using cow cells and it tasted just like an ordinary burger. This is a viable answer to the food problem.

The other futuristic method of solving food shortages is using hydroponics and aquaponics. Hydroponics is is a method of growing plants, usually crops, without soil, by using mineral nutrient solutions in an aqueous solvent such as water. Yes, we have a water shortage, but we can use water from the sea to supply a hydroponic farm. Aquaponics is a combination of aquaculture, which involves rearing fish and other aquatic animals for food. Aquaponics can also run in tandem with hydroponics in a symbiotic combination in which plants are fed the aquatic animals’ discharge or waste.

When the Covid-19 pandemic hit, the government banned all private-public transport. Only commuters registered under ZUPCO are allowed to operate. This has led to a strained system that is unable to cater to the need of the public. A lot of people arrive at work late and we are losing valuable man-hours.

Can technology transport us?

Several companies are trying to solve the transport challenge. We spoke about Turvel recently and their car pooling solution. Car pooling is something Zimbabweans need to take more seriously. It does not make sense that a single person drives 20km to and from town daily alone in a four-seater sedan. That person’s neighbour also does the same. These people can each carry three other people to and from town and lose nothing. If we can have more ride-sharing platforms, we can reduce some of the load on ZUPCOs.

Unemployment in Zimbabwe is a result of several challenges. We have a theory-intensive educational system, a corrupt government with misplaced priorities, nepotism, an all but dead economy and stigma towards manual jobs. All these contribute heavily to unemployment.

Can technology employ us?

Yes, yes and yes. We already have a lot of young people earning money using online platforms. offhand, there is Madhorofiya Republic and Busstop Tv releasing Youtube content and placing adverts. There are several local online blogs and publications with significant traffic. We also have platforms like 263 Titans offering online shopping with drop shipping.

The 2008 era had a running joke in Zimbabwe. If you are going about your business and find people queued, you simply join. What they would be queuing for, you would find out once you reach the front. Currently, a typical Zimbabwean’s life is

We need to find ways to solve these problems using mobile applications. If we can have booking systems whereby a person is allotted a slot in a timetable to board a ZUPCO bus and fetch water from a borehole, we can cut down on a lot of queueing.

We need a new planet

A lot of people think Elon Musk is a mad man. Well, he is good mad. We really need to colonise a new planet. The Earth has a limited carrying capacity and we are burning through resources faster than we are replenishing them. This needs to be a global initiative, not just a few isolated nations. If each country commits at least 30% of its annual budget to developing efficient rockets and other technology to make space travel more viable, we will solve more than half of the problems we have on our little blue rock.

All those are viable points ,there is one factor you still need to consider, THE GOVT.

Its somewhat sarcastic, but an insightful article. The author is realistic, he knows what is happening in Zimbabwe. The lack of confidence is expected given the multiple failures the economy is going through.

All said and done, yes technology is our answer to many problems we have. The willingness of public authorities is the only stumbling block

Dear Writer.
Can you eat meat manufactured in the Lab.

Yes you can eat it. As linked from The Guardian. Several other people have eaten it with no side effects.