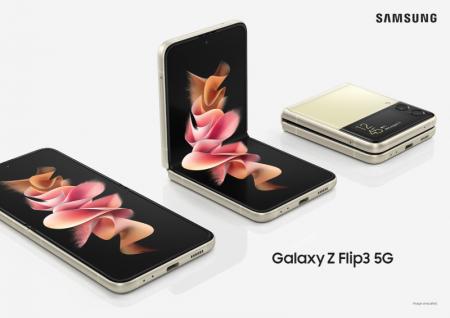 Another one bites the dust, well almost. We are counting down the hours till we bid 2021 adieu. Goodbye and good riddance methinks. 2021 was the sequel to 2020 we did not want but got nonetheless.

The year may have been a downer but like all dark clouds, silver linings can be found. Let’s look at some of 2021’s significant highlights and lowlights.

2021 was the year the foldable phone. The leading foldable smartphone manufacturer, Samsung, came out guns blazing this year.

With the release of the Galaxy Z Flip 3 and the Galaxy Z Fold 3, Samsung fixed the major problems that held back previous iterations – durability and cost.

The phones became much more durable and in a feat unlike magic, these phones that bend from the middle managed to gain water resistance. They can be submerged in water just like their boring non-folding cousins.

The peace of mind that comes with knowing that being caught out by a sudden downpour does not mean a bricked phone is now expected by all phone buyers. That foldable phones can boast this feature too is a major win.

Such engineering mastery usually comes with a price hike as a companion. However, Samsung managed to reduce the prices of these now submersible foldable phones. How? It’s all voodoo, we don’t know how but we appreciate the result.

Both the Flip and Fold saw price reductions from last year’s models. The Flip 3 somehow launched at below $1000 and that pit it against other flagships on equal cost footing. The result – crazy high sales, especially in their home country of South Korea.

The Fold 3 emerged to become the Note replacement we didn’t expect. Their wizard engineers managed to make the ultra thin folding glass screen on this phone/tablet hybrid work with an S Pen.

Some of us were not ready for the Note line to be suspended but we can’t deny that the Fold 3 looks like a good enough replacement.

The iPhone of Android

Apple, the iPhone manufacturer controls both the hardware and software of their flagship smartphone. They develop the iOS software and even design their own processor (SoC) on the hardware front.

As a result, the iPhone hasn’t been matched when it comes to software support, efficiency and fluidity. Until now, we hope.

Google develops the Android software and now controls it’s own hardware, including designing their own processor in the Pixel branded smartphones.

This means Google now has the same top-down control over its smartphones like Apple.

With its Samsung made Tensor Chip, in year 1, Google is already showing how AI and machine learning can make smartphones much smarter than they have been.

Bugs have soured the reception of the new fully Google smartphones but we can look ahead to truly disruptive Pixels in 2022.

I have used ‘stock’ Android on my rooted phone for years and can tell you, the vanilla skin has always been inferior to skins like Samsung’s One UI. Stock Android has always lacked pazzaz, not to mention fun, sometimes experimental features.

With Android 12 that all changed. Google woke up to the fact that Android fans love their customisations and Android 12 delivers on that and some.

Material You brings personality to a user interface in addition to under the hood optimisations. Which made Android 12 the most important update to our favourite mobile OS in years.

The death of LG

A moment of silence for our fallen comrade. Earlier this year, LG folded its mobile division and so there won’t be any LG branded smartphones in the future.

As an LG user myself, that announcement was not as bitter as you would imagine. I’m okay with it. In all honesty, LG just wasn’t nailing the fundamentals. I’ll share my horror LG story one day.

So that, combined with weak advertising meant LG mobile had to shut down, leaving us pining for the Android 11 update we were promised over a year ago.

However, I do mourn the loss of one more smartphone option. I love the many options that Android fans have but now we have to cross out one significant offering. We need more, not less competition and so LG dying is a bit of a bummer.

I never owned a Motorola RAZR phone, even during their peak popularity in the noughties. But that was only because I couldn’t afford one.

Over the years, Motorola lost its way and new owner after new owner failed to revive the once glamorous giant. This time is the charm, it appears. Motorola seems to be making the most out of LG dying and Huawei being crippled.

Moto now occupies the 3rd spot in market share in the huge US market. 2021 was a good year for the Moto.

Nokia, under HMD wings is failing to do the same despite having an even bigger nostalgia draw than Motorola. Don’t even get me started on the mess that is Blackberry Android phones. They too have failed to nail whatever nails Motorola has hit.

In the year 2021, cryptocurrencies gained mainstream popularity. Could it be because more people worldwide are waking up to the inherent weaknesses in fiat currencies like the reserve currency of the world, the USD?

With the US’s quantitative easing, 22% of all USD notes in circulation were printed in 2020. Zimbabweans know that such kind of printing can only mean trouble. The reserve currency of the world status of the USD means they are able to export inflation out but could it be the chickens are coming to roost?

Whatever the reason, seasoned crypto fanatics and new speculators combined to see Bitcoin reach its highest valuation to date. At over $68,000 per bitcoin at one point, Bitcoin surpassed all expectations in 2021.

That sustained growth trend meant cryptocurrencies hit their highest note yet. El Salvador made the Bitcoin legal tender within their borders. Putting it on equal footing with the USD they use as legal tender too.

That was huge for cryptocurrencies. El Salvador might very well be the first domino to fall. I imagine some other countries battling with weak and depreciating currencies will be watching the El Salvador story closely.

Non Funglible Tokens are revolutionizing the sale and distribution of digital art. In 2021, one of a kind albums were sold as NFTs, paintings and other digital art were sold for millions to stun most observers.

It makes no sense, on the surface, to pay proper cash for a digital art creation that can be copied and viewed easily by others. I could have as my wallpaper the exact digital painting some investor paid millions for at no great effort on my part.

With these NFTs, proper authentication can be provided for digital art such that one can prove to hold the ‘real deal.’ Turns out investors and other speculators love this and NFTs were taken up all over the place in 2021.

Our very own local artist khuliodraws sold some paintings for thousands of dollars as NFTs. Some of those paintings were relisted for literal millions of dollars.

Khuliodraws is now direct messaging the likes of Drake and Chris Brown. All from his abode in Zimbabwe and he has NFTs to thank for that.

We, Zimbabweans, and indeed the whole third world are hooked on Meta’s WhatsApp. It remains the most popular messaging app in the world despite many a prophet of doom telling of it’s imminent demise.

Changes to terms and conditions were overblown and the WhatsApp obituary was written. Telegram and Signal were supposed to feast on the remains but alas, WhatsApp just refuses to kick the bucket.

Later in the year 2021, we experienced a rare outage of all Meta (Facebook) apps for a few hours and again, the stories were published that millions were moving to Telegram.

All those deserters were not in WhatsApp-centric countries like Zimbabwe I presume. Here, even a 3 day outage would not be enough to convince the whole country to switch messaging apps.

You are not getting millions of Zimbabweans to download a new app, just ask Sasai. And besides, the WhatsApp bundles we love make it almost impossible for any other messaging app but WhatsApp to flourish in Zimbabwe.

In 10 years time when we are all practically Mark Zuckerberg’s slaves we will remember 2021 as the year it all started.

Mark announced Facebook’s rebranding to Meta a few months ago. With the rebranding also came a new entity, the Metaverse, a virtual world where Mark reckons we are going to be spending most of our lives.

I reckon he is right in his reckoning. Lockdowns and remote working have nudged us closer to a mostly online life. It is no longer weird to imagine such a life. To some extent, even the extroverts among us have accepted online socialising as a decent enough experience.

Clubhouse came as the first social network based on voice. When it succeeded it was only natural that others would try their hand at this new idea.

Twitter launched their own version called Spaces and it has surpassed Clubhouse in users. Zimbabweans seem to love these Spaces as there are always Spaces being hosted any time of day.

Famous Twimbos like Hopewell Chin’ono attract thousands of listeners on each of their live audio sessions. Some of those Spaces run well after 12 am and Zimbos stay tuned in.

Spaces feel like a blend of radio, podcasts and live events. It appears that blend is one Zimbabweans appreciate.