Like most tech blogs, at the end of the year, we write about the highlights of the year, the ICT events that attracted a lot of interest during the year. And this year is full of them:

The MTN Acquisitions that never happened

The year kick started with news of plans by MTN to acquire state owned mobile operator, NetOne. The news excited many Zimbabweans as most saw MTN bringing some meaningful competition to the mobile telephony market. Just last year MTN was reported to have been interested in acquiring Telecel, the second largest mobile operator in Zimbabwe. Both deals never happened.

There are three mobile operators in Zimbabwe; Econet, Telecel and NetOne. Econet, the largest, is the leader with about 70% market share in terms of number of subscribers.

February also saw the launch of the Zim national ICT Strategic plan in Harare by ICT Minister, Nelson Chamisa. The document is available for download here. 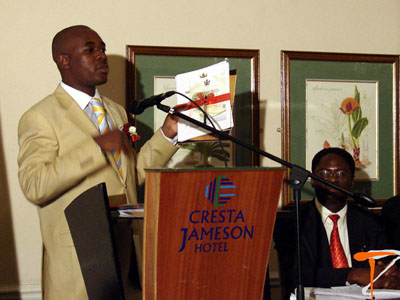 In what could easily be termed the ICT fall-out of the year, Telecontract and ZOL were the subjects of an ugly row at the end of March. It started with the disconnection by Telecontract of some 200 plus ZOL customers. ZOL reacted by moving the customers to another IAP, Africom.

The fight quickly spilled to the press, with each company issuing counter press statements to explain themselves to customers and the Zimbabwean public. Telecontract even threatened to sue. The issue died down eventually with POTRAZ just mentioning they were investigating further to determine if any regulations had been flouted.

We thought we had seen the last of it, but in October it started again, briefly.

As you may know, ZOL is an Internet Service Provider (ISP) and relies on licensed Internet Access Providers (IAP) like Telecel to supply bandwidth to customers. The regulator, POTRAZ, currently doesn’t allow ISPs to install any telecommunications equipment.

Econet Subscribers Base Jumps in 2010

In April, Econet made a major milestone announcement; the mobile operator’s subscriber base crossed the 4 million mark. This was significant for Zimbabwe as Telecel’s 1 million and NetOne’s more than 600,000 subscribers meant Zimbabwe’s mobile penetration was approaching the 50%.

Just this month, when Econet announced it had connected to the Seacom cable in South Africa, it also revealed it had reached 5 million subscribers. Reports in the media are that Zimbabwe’s mobile penetration is now around 52%.

In May, PowerTel announced that it had connected to an International fibre cable through Botswana Telecommunications. The agreement PowerTel signed with BTC was for the provision of 155mbps of Internet bandwidth. Effectively this became Zimbabwe’s first fibre international connection. Resultantly most Zim internet traffic currently goes via PowerTel and a few times, this has proved a not so optimum arrangement. PowerTel’s fibre connection had little impact on general bandwidth prices in the country.

After launching 3G back in 2009, Econet suspended registering customers for data services. For a long time, it was not clear when subscription for data services would be opened up. Visiting Econet offices one would just be told it’d be in a few weeks. The wait became very frustrating. Econet 3G billboards all around town were basically advertising a service that wasn’t available.

In May, an Econet subsidiary, Ecoweb, launched mobile WiMax services. The service was open to the public, and the internet speed was good, but an inhibitive price made essentially made it an elite product.

After more than a year of waiting, some solid news of a second launch of mobile data services started coming in September. And in October, Econet delivered on the promise, effectively putting the possibility of Internet access into the pockets of millions of Zimbabweans.

We were all glad the Internet revolution was upon us, but it literally came at huge cost. Still, there’s no denying how much forward Econet has pushed Zimbabwe on this front. And like all things, time will eventually correct the anomalies clouding this historic achievement.

In February Telecel announced that it was working on a mobile data offering and would launch later in the year. It wasn’t clear then how much later in the year Telecel would launch but again subscribers were glad there was going to be some data services competition in the market so the major player, Econet, could improve services. In May, when Telecel reached the 1 million mark (number of subscribers) another data announcement was made and this time Telecel promised to launch in 2 months. It didn’t happen. At the end of June, Telecel told us launch would be by September. Didn’t happen. And finally, in October Telecel told us they were pushing launch to early next year.

Somehow though, subscribers seem to have a soft spot for Telecel and don’t lash back at them for postponing the data services. Econet doesn’t enjoy such leniency.

Africom’s strategy to enter mobile communications, specifically mobile data and telephony was a subject of discussion in the ICT industry since 2009, but there was nothing on the ground to talk about. People just knew Africom was working on delivering some CDMA technologies in the future.

It was all just rumour until early September when we started to get some solid information. On 10 September, Africom launched a new red Africom and promised to start selling data services in a matter of days. 5 days later, Africom started selling, and it was with a one month free bandwidth to all giveaway!

In contrast to Econet broadband which costs US$ 98 per gigabyte Africom’s in-bundle gigabyte launched at just US$ 18. This won Africom a lot of praise and so massive an uptake of the service they quickly ran out internet dongles.

Thanks to and in preparation for the World Cup, South Africa got Google Street View switched on in June ahead of all the African countries.

Early this year, POTRAZ issued a directive to all mobile operators to register the details of their subscribers. In June, POTRAZ issued the registration message directly to subscribers through the press. Deadline for registration was 31 August but for many reasons, it was impossible for the mobile operators to meet it. The deadline has been extended to February 2011. 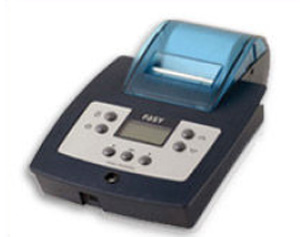 In August, the Ministry of Finance and the Zimbabwe Revenue Authority launched a program to use fiscal devices for revenue collection. The devices became a new legal requirement for all businesses with an annual turnover threshold of $240,000 and the deadline for implementation was 1 October. Again this deadline was impossible to meet given the logistics required to implement on the ground.

Only two operators, Axis and First Computers, were authorised to sell the fiscal devices in Zimbabwe and this, briefly, looked like it would be a big problem. Complaints around the transparency in the selection of the two companies eventually died down.

This year’s COMSA organised annual ICT Africa exhibition ran from 13 to 15 September 2010. For various reasons, attendance this year was much lower than 2009. Notwithstanding, the exhibition was, according to the organisers, a success. Local fast growing technology company, Axis Solutions, won this year’s Thomson Publications best exhibition award.

The inaugural ICT Achievers Awards were also held this year on 4 December. Organised by the Ministry of ICT, the awards’ objective is to recognize outstanding contribution to the country’s ICT sector. Major award winners were: Econet, for ICT company of the year, Douglas Mboweni (Econet CEO) for ICT Businessman of the year and Rudo Mudavanhu for ICT businesswoman of the year . More details of the award winners here.

As the year closed, another international fibre cable connection was made, this time it was by Econet. The announcement was made on 7 December. Expectations are running high already. It remains to be seen just how much short term impact, if any, this will have on broadband availability and price in Zimbabwe. The long term is clear; the country is on a path to securing a place in the global digital economy.

That’s all for this year people! Thank you so much for the support; Techzim has grown a lot these past 12 months, we’re getting some full time staff and this will guarantee more coverage as we get into 2011. May your 2011 be filled with success stories and great learning experiences. See you next year!