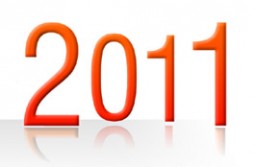 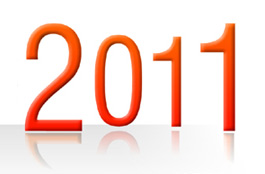 2010 brought so much positive change to Zimbabwe’s ICT landscape. An exciting year indeed. But it’s behind us now and 2011 has just started. It remains to be seen if growth in the sector this year will happen at the same 2010 leaps-and-bounds rate. Still the new year looks promising from a couple of fronts. Especially the connectivity one.

Below is our list of developments that we think will make a significant impact on Zimbabwe’s economy and people’s social lives:

This is not a might happen. It is already happening as we speak. PowerTel, Econet, TelOne, Africom have all secured sizeable bandwidth capacity on Undersea optic fibre cables that have landed on the African shores these past few years.  Econet will probably be bringing in most of the international bandwidth. For some time now Zim Internet Service Providers (and indeed Internet access providers) have been relying on PowerTel for international bandwidth and this is set to change.

More choice to the ISPs as the four players all start selling will translate to more competitive bandwidth pricing and this will hopefully trickle down to the customers. Besides more international bandwidth, and increased competition for IAPs, there are other factors determining if and when the costs will come down, so the lowering of Internet costs should not be expected to be a sudden affair. It is going to be gradual. However gradual though, 2011 will see some of it.

You will remember that at the end of 2009, The Postal and Telecommunications Regulatory Authority of Zimbabwe (POTRAZ) indefinitely suspended licensing more Internet Access Providers(IAPs). This was not before the licensing of several (currently not too visible) IAPs like Valley Technologies, Aptics Trading, Pecus Enterprises, Taurai Zimbabwe, BlueSat investments, Dandemutande and Aquiva Wireless among others. The total number of licensed carriers is 14, but of these only a handful are visibly delivering services.

The other IAPs are not exactly just sleeping it out. 2011 will see a number of them starting to offer services. Still some IAPs might prefer and remain carriers working with ISPs and not interacting with consumers directly.

3. A sharp rise in the Internet penetration

Development 1 above will naturally result in this. If there’s more Internet to sell and it’s coming cheaper, providers will market to more unconnected Zimbabweans. 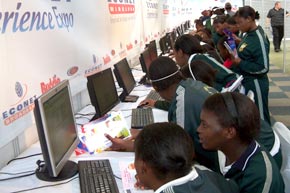 New mobile broadband products introduced by Econet and Africom at the close of 2010 have registered massive uptake and subscribers are still signing up by the numbers. Telecel has also indicated a launch is scheduled for early this year. Add to this the current expansion by Powertel and plans by Telco to get into mobile broadband and you have near ubiquitous (and therefore competitively more affordable) broadband in the country.

According to 2010 reports, mobile cellular penetration is now around 62% and still growing. While the growth is certain to slow down somewhat, the market is still not nearly saturated enough for a significant slowdown. Still, the astronomical growth recorded in 2009 and 2010 will not be matched. We imagine conservative penetration of around 80% at the end of 2011.

On the fixed telephone side, unless something drastic happens at TelOne, penetration is not likely to change much. While calling from and to landlines remains the cheapest way to make a call in Zimbabwe, TelOne doesn’t seem to make enough effort to highlight this. And because of it, even if landline capacity would become available, only a few people would consider getting one.

There’s no denying Zimbabwe is getting into the era of mobile. A mobile telephone is fast becoming a basic need. Much more than a bank account. Generally, only employed Zimbabweans have bank accounts (to receive salaries). And Zimbabwe’s unemployment rate is what, conservatively above 80%? 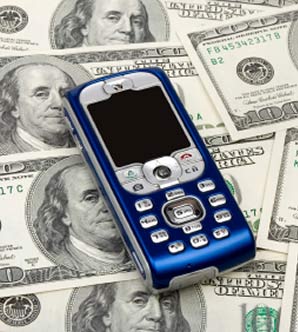 The traditional banks know this. Hence the recently launched not-so-traditional banking solutions by Kingdom and Tetrad (more on these in a later article). The mobile operators know this too. Telecel’s mobile banking move is testimony to that.

As soon as the mobile banking and payment solutions have been tried and tested, retailers and service providers will follow. It will also result in some entrepreneurs forming solution companies that trade purely on mobile & internet platforms. Mobile banking makes transacting so convenient there’s little chance it will go any other way.

All these Zimbabweans connecting to the internet will start looking for content that’s relevant to them. They’ll want video sites, music sites, business information sources, news sites, shopping, general information repositories and event calendars that are relevant to them. And entrepreneurs are already seeing these opportunities. Eatout, Classifieds, Zimbojam, Dipleague, the Business Setup Group, Zimazon are a few examples of tech startup initiatives built to provide relevant internet content to local Zimbabweans. Visitors get information and an experience they cannot get anywhere else on the web. Talking to developers around us, we see more and more of them are working on some kind of internet service, site or mobile application.

7. Facebook will keep on and at an even faster pace

For a lot of people I know, Facebook is the site that introduced them to the internet. Most actually opened email address because Facebook requires one. Many people see immediate social value on Facebook; whether it’s reconnecting with old friends from high school, playing games, checking up a prospective acquaintance or whatever use they think of. Internet in the hands of more Zimbabweans just means this trend continues.

The only chance of Facebook slowing down in Zimbabwe is if someone thinks up a social service that’s so Zimbabwean people will feel more natural using it than they do on Facebook. And what are the chances? Never say never.

That’s about it from us. It looks like another exciting year and it will be interesting to watch how things pan out. You probably have your own predictions or just how you see things going in the Zim ICT sector this year. We would love to know your thoughts, please share in the comments below.

One thought on “ICT developments to watch out for in 2011”