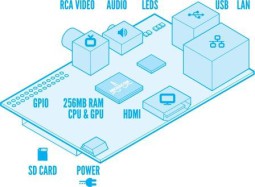 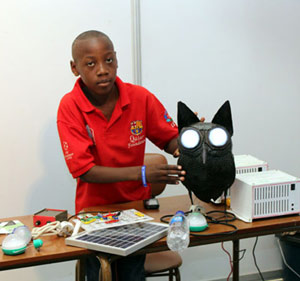 It is great being introduced to science and technology at a young age. Do you remember that moment you used a computer for the very first time, or the first time you played Tetris or Snake? How fascinating was that?

I have fond memories of my earliest encounter with a computer, it was a 386 PC and it ran Windows 3.1. I would spend days on end fiddling with the spreadsheet software and playing Minesweeper, trying to figure out how everything worked. It was those early moments with technology that ignited my love for computing and anything science related.

The world we live in is immensely dependent on technology and that means we require a more technically skilled workforce to produce and maintain the required technology.

Imagine if we could give school children cheap computers to play with, learn how to code, and hack some cool hardware projects. Teach them computer science and technology early on in their academic lives. Well, it is possible with the Raspberry Pi computer and the Aurdino microcontroller.

What is Raspberry Pi?

The Raspberry Pi is a credit-card sized computer that plugs into your TV/monitor and has 2 usb ports. It’s a capable little PC which can be used for many of the things that your desktop PC does, like spreadsheets, word-processing and games. It also plays high-definition video.

The miniature Linux computer comes in two models which retails at US $25 and US $35, and ships with 256MB of on-board of RAM and a 700MHz ARM chip, and boots from an SD card with either the Fedora, Debian or ArchLinux distros installed. A schematic drawing is shown below.

It is a simple computer stripped down to the bare minimums, which makes it perfect to be implemented in classrooms and to be used by hobbyists.

What is an Arduino?

Arduino is an open-source electronics prototyping platform based on flexible, easy-to-use hardware and software.

Arduino can sense the environment by receiving input from a variety of sensors and can affect its surroundings by controlling lights, motors, and other actuators. The microcontroller on the board is programmed using the Arduino programming language (based on Wiring) and the Arduino development environment (based on Processing). Arduino projects can be stand-alone or they can communicate with software running on a computer.

The Arduino can be used to make fun projects such as flashing LEDs, remote sensing projects, and even a plant that tweets when it needs watering. The possibilities are truly limited only by your imagination.

Arduino, unlike the Raspberry Pi, requires a bit of expertise, but it is fun to use and the possibility of building things that actually do something is amazing. An interesting and compelling example is that of a plant that can send a tweet when it needs water, as shown below.

Why should we put them in classrooms?

Our current education curriculum focuses mainly on teaching students ICT skills; basically how to work with word processors and spreadsheets, how to switch a computer on and off, but no other true computing skills beyond that. I am not arguing against the importance of such skills, but we need to teach more computer science skills at an early age so that we equip students with a greater understand of what makes up a computer and eventually they can do their own hardware projects. We should teach students practical skills that they can later build upon in life.

Perhaps we could learn a thing or two from Estonia who recently made programming part of first grade education. With the Raspberry Pi computer it would be easy to overcome problems of cost and uniformity, since students all over the country would have a consistent environment to work on, and teachers would also have a consistent platform to teach against.

Essentially, the point I am making is that we need to include more computer science related content into the primary and secondary education curriculum, and the introduction of Raspberry Pi and Aurdino in the classroom would be a great starting point.

33 thoughts on “Arduino and Raspberry Pi: We need them in classrooms across the country”