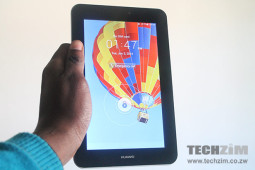 Huawei has started selling the update to their Huawei Youth tablet in Zimbabwe through Econet Wireless, called the Huawei Media Pad Youth 2. The Media Pad Youth 2 joins Huawei’s contingent of budget offerings that have since gained some considerable market presence in Zimbabwe.

It brings with it an upgrade on its processor and today we verify how much change this brings to its performance and whether it’s worth the $250 price that Huawei and Econet have put on it.

The Huawei Media Pad Youth 2 comes with a 7-inch 1024 x 600p resolution display with 5-point capacitive touch. It uses a quad-core 1.2GHz Qualcomm MSM8x12 A7 processor with 1 GB of RAM

It features 8 GB of internal memory (5.43 GB user accessible), it has a micro SD slot that will support up to 32GB SD cards.

On the rear is a 3-megapixel camera, paired with a secondary 0.3-megapixel up
front. The Media Pad comes with Android 4.3 Jelly Bean with the Huawei Emotion UI 1.6.

All this is powered by a 4,100mAh Li-Polymer battery that’s non user replaceable.

The tablet’s only extra feature is an accelerometer sensor for automatic UI rotation. The specs are not amazing, but it is worth remembering that this is a budget device; what we are most interested in is the features pumped into the device for the price it is pegged at.

Huawei has made no major strides design wise with the Media Pad Youth 2, to be honest there have been no changes in the design when compared to the Huawei Media Pad Youth. It follows the same general design trend used by 7 inch tablets. Its only major offering is the metal clad back, which makes the device cool to the touch and makes it feel a little more premium. 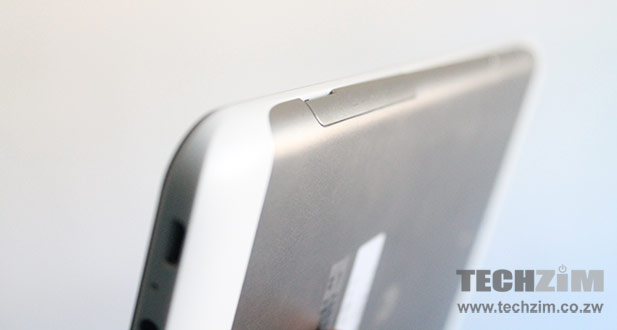 I found the bezels on the Youth 2 a little on the thick side, but then that might be something that’s dependent on preferences. 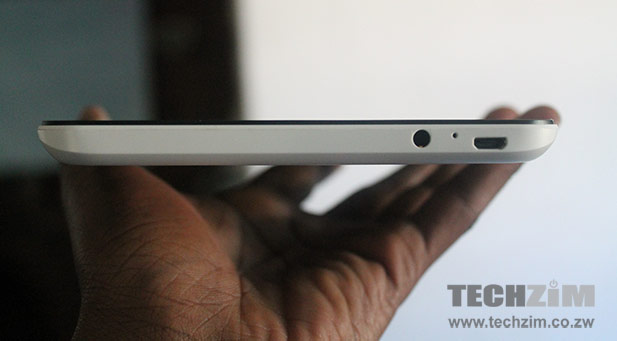 The display is not something to write home about. It has a tendency to stutter during use and occasionally led to me clicking/selecting options accidentally. The relatively low resolution of the screen further worsens the situation especially considering that rivals like the Nexus 7 use an HD display of 1280 x 800. Screen brightness indoors is good, however outdoor performance is bad and is made worse by the high reflectiveness of the screen. 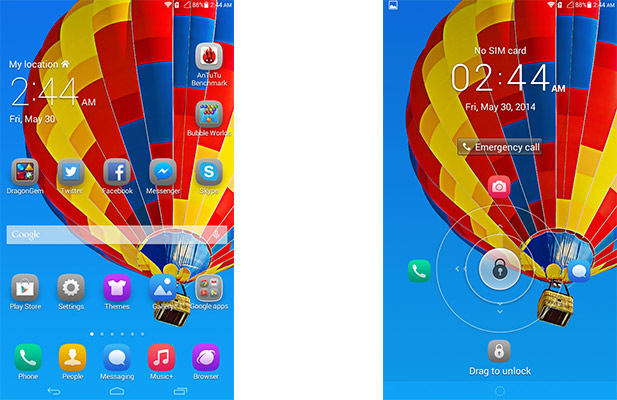 The Youth 2 only has an accelerometer and lacks most of the other standard sensors, i.e. proximity sensor and a light sensor. The Youth 2 features the regular android hardware buttons, i.e. power, and volume controls and soft buttons.

The battery for the Youth 2 provided pretty decent performance, with general use stretching all the way to 12 hours. For general use, I had the system run social networking apps in the background and added 2 hours browsing, 2 hours games, 2 hours video and then mixed in reading and music and an hour of calls. I would say the battery performed rather well.

I would like to mention two things I experienced while testing general use. Firstly the Youth 2 got warm while browsing and during social networking. Secondly the Youth 2 sometimes froze during use, forcing me to reboot it. This happened too frequently for me to isolate it to a random bug. Perhaps if this was isolated to the device I tested.

I like the notification feature that warns a user about an app that is consuming too much power as this prevents random battery power drains. On the whole I would rate the battery of the Youth 2 well. One major drawback like most tablets, the battery is not user replaceable.

I would not recommend the camera for anything other than video calling and maybe essential day time pictures. This would be because of the low resolution and lack of a flash.

The Youth 2 comes with Android 4.3 Jelly Bean and Huawei’s Emotion UI 1.6. Unfortunately the tablet does not ship with the latest version of Android, KitKat. The lock screen uses Huawei unlock which is the basic drag to unlock setup, with the default options set by Huawei.

There are the regular alternatives, like the face unlock, pattern, pin and password. Once past the lock screen you have access to the app dock at the bottom and the home screen. The app dock is user editable, and the number of home screens that can be added is limited to 6.

The home screens can be freely arranged as per user requirement. Swiping down from the top of the screen reveals the notifications panel and quick access for toggles such as Wi-Fi, brightness, Bluetooth, sound and GPS 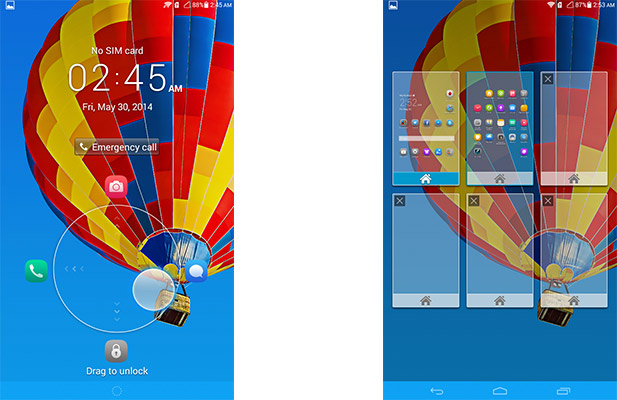 Huawei has gone with the Qualcomm Snapdragon MSM 8210, a quad core processor clocked at 1.2 GHz and it has been paired with the Adreno 305 GPU. For tests I ran the AnTuTu benchmark for the CPU and GPU, and the Youth 2 handled well considering the budget specs. The following images are the results. 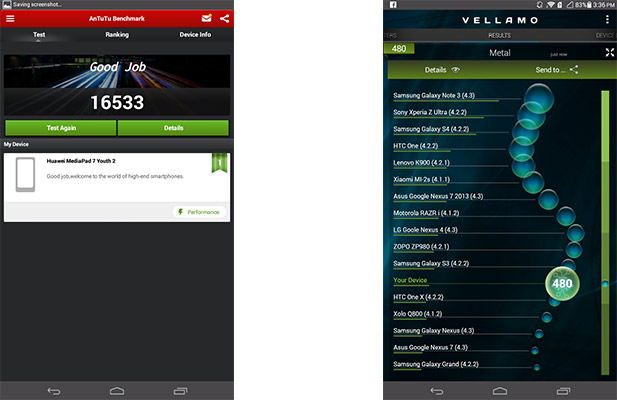 As can be seen from the results, the tablet is a decent contender in the Android market despite its budget status.

The Youth 2 features a mini SIM card slot, hence the device is able to make both 2G and 3G calls. It will read the contacts from the SIM card, however it does not prompt the user to copy the contacts over to the phone. The calls are decent, however, I would recommend that one acquires a headset as the location of the speaker grille in the back of phone makes the listening volume rather low. 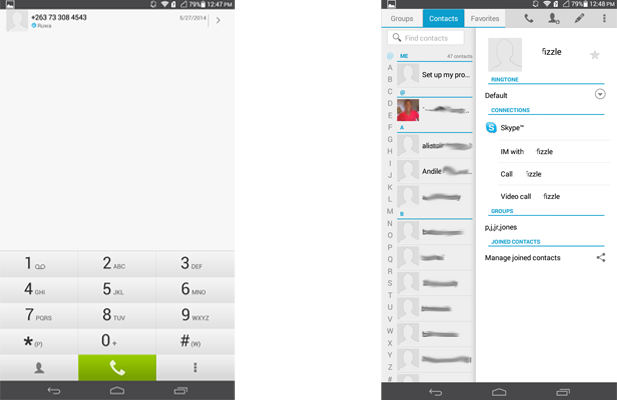 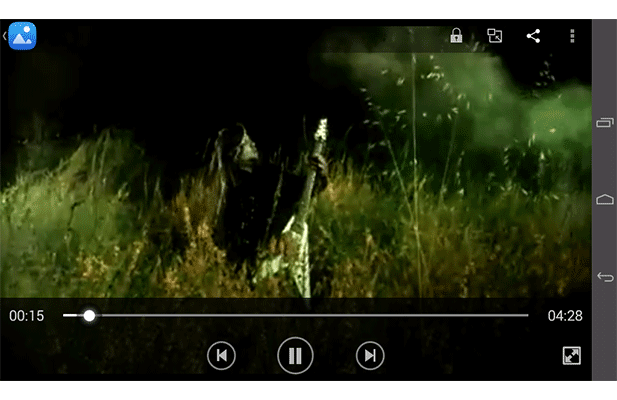 Included in the pre-loaded software are two web browsers, which are Google’s chrome and Huawei’s native browser app. Since they both seem to have the same appearance and performance and choice of browser would be left to preferences.

On the whole, I would say this is a good budget tablet, with decent specs all round. Considering the flood of Android tablets that are on the market, this would be one to recommend on account of its price and quality. At the very least, it offers a decent battery life, processor and GPU. Its only annoying shortcoming is the stutter effect that causes mistakes while scrolling on an otherwise decent tablet.