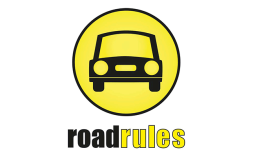 Towards the end of last year, a group of African tech entrepreneurs, including some Zimbabweans took part in the 2014 Ampion Venture Bus.

Like the Startup Bus road-trip/hackathon from the year before, the objective was to create startups that would live beyond the cross country techpreneurship expedition. Some of the teams have gone on to pursue the tech solutions they created on that bus.

One of these startup teams, led by local tech entrepreneur Tawanda Chikosi, created the Road Rules App which is an Android-based Provisional Drivers’ Licence Test learning solution. It was selected as a runner-up at AfricaCom 2014 where all nine teams pitched their solutions to a panel of judges.

The Road Rules App, which was designed initially for dispensing questions and solutions on road rules and safety tips under Zimbabwean traffic laws and regulations, will be exhibiting at the Apps World conference to be held in Germany in April this year.

This follows continued iterations of the Road Rules App that have seen the team work on aspects such as an improved user interface and experience guided by responses from a pilot phase, the securing of some early stage funding and the expansion of the scope of the app to cater for traffic safety requirements in other Southern African countries.

The Road Rules App will be the first Zimbabwean app to exhibit at Apps World. This two-day conference is a 6-year-old multi-platform application global showcase that attracts developers, manufacturers and platform owners from around the world.

This year’s edition of Apps World will have over 150 exhibitors and over 6,000 attendees. According to Chikosi, the Road Rules team lead, their team is keen on networking with app development peers, getting feedback from a host of other developers with varying perspectives and securing the right partnerships that can help in making a broader impact with their app.