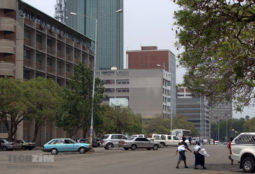 From Monday, the 20th of June, 2016, RTGS payments in Zimbabwe will be conducted in multiple currencies while Zimbabwean banks will start issuing 8 other currencies in addition to the United States Dollar from the 1st of July 2016.

The Sunday Mail reports that the Reserve Bank of Zimbabwe confirmed that it had carried out tests in the past week in preparation for activation of muti-currency RTGS payments.

This comes as the country continues to look for short term solutions to a cash shortage which has made it difficult for Zimbabweans to withdraw money from their bank accounts and wallets.

So far, other measures that have been taken by the government include the reduction of bank charges to make electronic payments more appealing, a ban on certain imports, as well as the proposed introduction of bond notes later this year.

Zimbabwe switched to a multi-currency system in 2009 following a hyperinflationary period that was characterised by massive economic decline.

The other currencies which include the South African Rand, the Euro, the Chinese Yuan, the British pound, Botswana Pula, Australian dollar, Indian rupee and Japanese Yen have since then been accepted by several providers of retail and wholesale services.

However, they are often sidelined as there is an open preference for the United States dollar. It has become the default “local currency”, especially in the face of volatilities like the decline of the South African Rand which have been advantageous for the numerous import focused businesses.

Banks and other financial providers like mobile money services have also been conducting transactions using the United States Dollar.

Despite assurances from a Central Bank that is in fire fighting mode, It doesn’t seem like Yuan or Rand withdrawals will improve the cash situation. In fact, this seems like another bandage solution that will just drag people down the path of foreign exchange rate nightmares.

The country’s liquidity challenges have been brought on by issues like a huge government expense sheet, a negative balance of payments (we import way more than we export) and limited local production.

Solutions like e-payments or a multi-currency push, high-flown, necessary and declarative as they might be, won’t fix any of these problems.