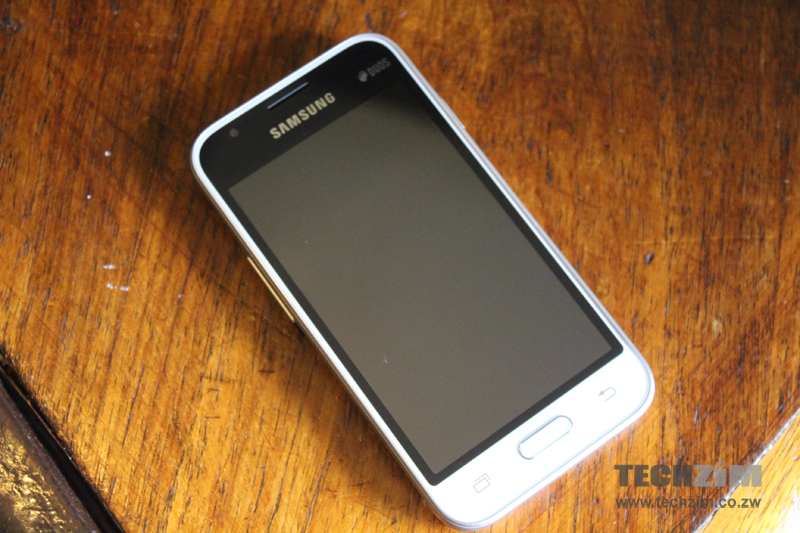 The Samsung Galaxy J series has been selling pretty well being the most popular series in Samsung’s midrange offerings.

The Galaxy J1 Mini Prime steps in as the baby of the midrange J series ready to give you a no frills experience of the smartphone world.

Box contents are limited to just the bare essentials offering a truly no frills package.

The J1 mini prime is a pretty compact device sporting a pocket friendly 4 inch display of a resolution of 800 x 480. Above the display is a slit for the earpiece and a 0.3MP camera to its left.

The top of the device is where you find the 3.5mm headphone jack whilst the bottom is home to the micro USB port and the primary microphone.

The right side of the phone is where the power button is located with the volume rocker setting up camp on the left side.

Flip the phone on its face and you are greeted with a removable plastic back giving you access to the battery, the 2 sim slots and the microSD card slot. 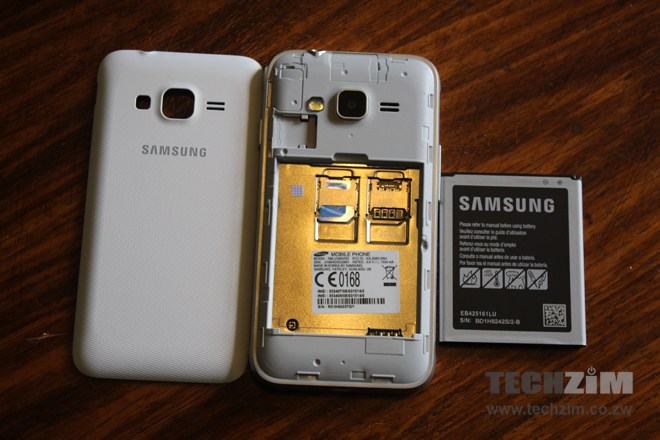 The back is also home to the 5MP camera that has a flash to its left and loudspeaker to its right.

One is a Pro mode that gives you manual control over ISO, White Balance and Shutter Speed. The other is a Sport mode that adjusts the camera settings for capturing subjects in motion. 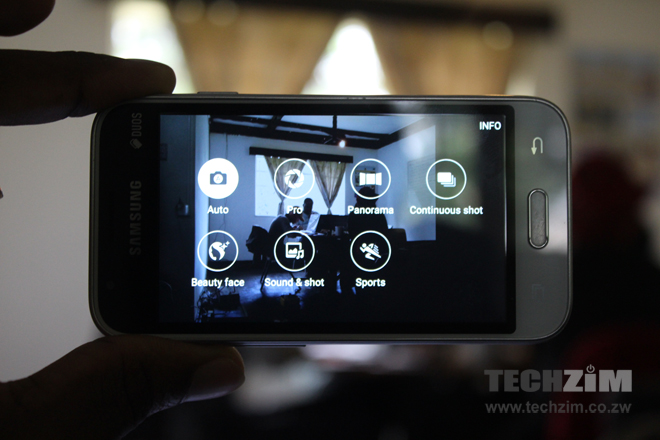 After a couple of minutes fiddling with the modes we discovered that you get the best images overall when shooting in Sport Mode than in any other mode.

However the camera is full focus that is it is not equipped with any autofocus tech.

Dynamic range is an issue though as bright regions in an image are overexposed but otherwise the imaging department was pretty satisfying for an entry level device.

Front camera could definitely use a bump in resolution. 0.3MP is much too low to do itself any good. Also a point to note. Don’t get too excited with the beautify software unless if you want to look like an oil painting.

Audio department is PHENOMENAL! Connect a pair of decent headphones and you are simply blown away by the richness and boldness of the sound.

For an entry level smartphone the wired audio output is nothing short of amazing actually contending with some flagships we have at the office. 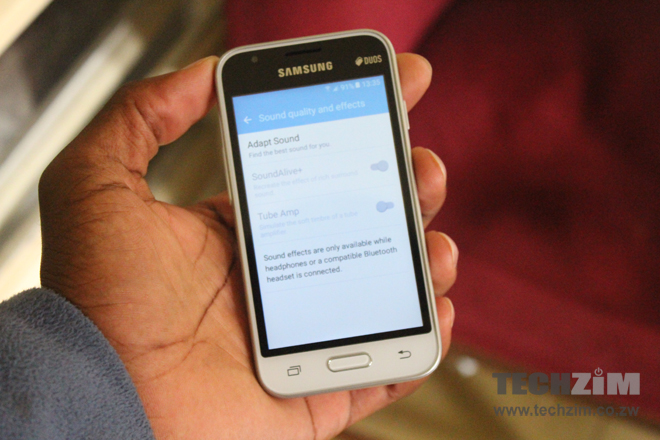 The little J1 really outdone itself in the audio department. If you are a music lover and willing to spend a hair over 100 bucks for a reasonably priced phone I personally recommend the J1 mini Prime.

Our review unit comes with 3G as its highest connection speed. It is a dual SIM device and but does not support CDMA cards sadly .Reception is pretty decent with calls coming through crisp and clear. It also comes with bluetooth 4.0.

The battery is a 1500mAh unit which is removable, something many manufacturers are sacking on their smartphones.

Battery performance on the other hand is very poor. Running our endurance test saw its battery drop to 10% from a full charge after an hour each of video streaming, video recording and gaming.

It was so bad we are assuming the actual battery might be faulty as even on standby the battery drain was just too extreme.

The internals of the J1 mini Prime are 1GB worth of RAM, 8GB of internal storage space to which only 2.09GB is available to the user.

Android version is 6.0.1 Marshmallow with a refreshed TouchWiz and it looks much more appealing than previous iterations. The UI is very fluid with the slightest of delay when opening apps that is not at all a train smash.

The CPU is a Spreadtrum SC7731 with 4 cores ticking at 1.2GHz bundled with a Mali-400 MP GPU giving some pretty basic performance.

Our synthetic benchmark saw it achieving a modest 15 822 points meaning generally good performance will be experienced under moderate usage.

Then again the target market for this device is an individual graduating to the smartphone league or just looking for a basic phone that can handle everyday tasks to which the performance is more than sufficient.

+ Performance is very decent for an entry level smartphone

+ Removable battery is a welcome addition

– Storage is very little if you are not considering a memory card.

It is a good little piece of hardware that anyone would not mind at all as either their first phone or their secondary phone. And for $118 it won’t break the bank either.

*Battery performance was really poor and we suspect it might be that our review unit came with a faulty battery. This review will be updated once we get a new unit/battery for review.