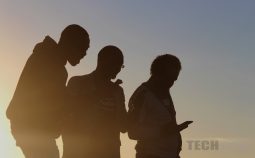 Zimbabwe is in the top 5 of the “Country DNS Success Index” list released by the Internet Corporation for Assigned Names and Numbers (ICANN).

The list is in a draft report released by the global organisation in March. ICANN is the organisation in charge of coordinating the operations of the Internet’s underlying address book, called the Domain Name System (DNS).

Zimbabwe is number 5 on the index, coming behind South Africa, Kenya, Nigeria and Tunisia in that order. The draft report is a 2016 study of the African DNS market done to identify strengths and weaknesses in the DNS industry ecosystem so that hopefully opportunities for advancing the industry are found.

54 countries in total were ranked.

Zimbabwe scored high as one of a handful of countries on the continent that contributed to 75% of the 400 million webpages indexed by Google. It particularly scored well where the wealth of a country (Gross National Income per capita) is considered. South Africa and Zimbabwe stand out as the countries with the largest web presence. See chart below: 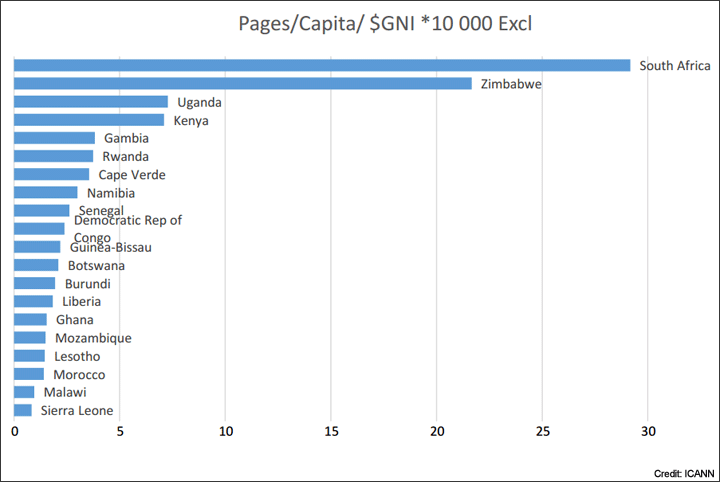 Zimbabwe also has domains that are relatively cheap when compared to the rest of Africa.

In addition, Zimbabweans can buy domains online thanks to efforts of startups such as Name.co.zw (a domain registrar) and the now defunct Pay4App which pioneered online payments using mobile money in Zimbabwe.

Zimbabwe however scores badly when it comes to hosting locally, evidence to a potentially large untapped opportunity for hosting services in the country.

According to the report, of the 7,367 Zimbabwean websites using local domains, only 27% of them are hosted locally (1,964) with the rest hosted outside Zimbabwe. But even then, it’d be better if we used services in a neighbouring country like South Africa. We don’t. Some 4,892 are hosted overseas mostly in the US, the UK, Germany and other countries. Only 511 websites using Zimbabwean domains are hosted in South Africa.

Zimbabwe also apparently has the problem of domains that are registered but not being used. The report says of the country’s 24,479 domains registered, only 30% are being used for websites.

Who needs a website in the age of WhatsApp?

The question of the relevance of a website in a country where the majority of internet users are chatting away and sharing content on WhatsApp inevitably has to be asked.

Even though websites are relevant globally (well, the mobile version of them at least), on the ground in Zimbabwe, internet users buy their internet in app specific bundles. A $5 WhatsApp bundle for example will only give the user access to that one app. What use is a website in targeting such a user?

It makes sense therefore that some companies and internet entrepreneurs that had registered domains, eventually abandoned the whole idea of a website opting to just go where the users are.

All this aside, the African DNS market report by ICANN is a goody study for anyone interested in understanding DNS stuff better, so I recommend that you go through it. You can download it here.