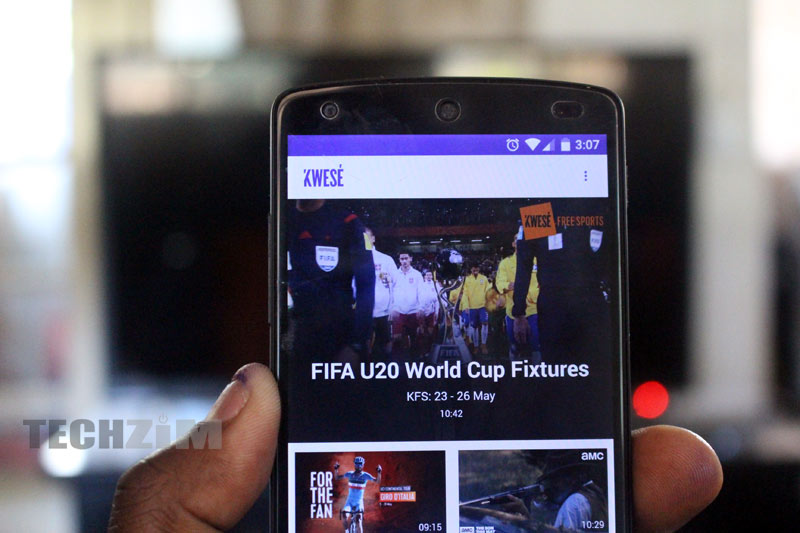 Remember the deal Kwese signed to have its TV content available to mobile subscribers of Kenya and Ghana? The company is looking at mobile networks, like Econet’s in Zimbabwe, as one of the key distribution platforms for its content, which now comprises quite a collection of channels; sports, music, movies, news and so on.

In fact, even though Kwese is launching in Kenya, Ghana, Lesotho and other countries, there’s indication from the company’s business plan, which we posted here some weeks ago, that the plan was to launch in Zimbabwe first and then move on to other countries: 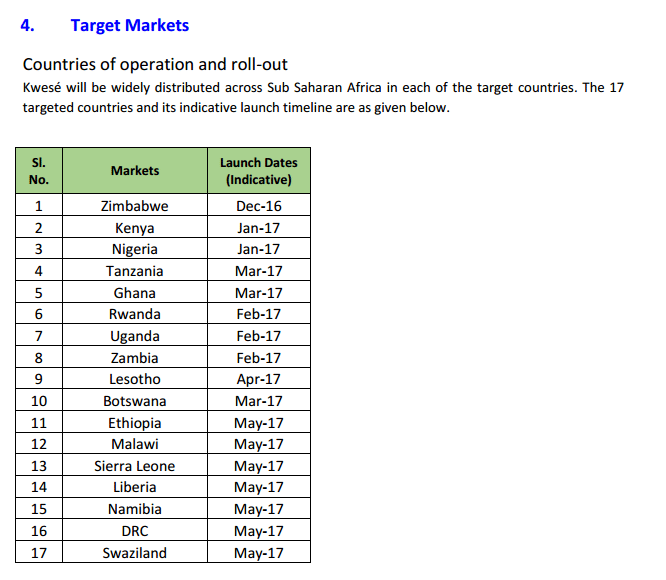 Zimbabweans are quite unhappy that they can’t access Kwese TV, especially after being teased last year.

The regulator may however delay, but eventually they’ll have to give in, or it’ll just be ridiculous and will certainly remind everyone of the Econet/government battle from the 90s, which they eventually lost.

Our guess though is that, even if they let Kwese launch, it’s not going to happen before the elections in 2018, for pretty obvious reasons. The main one being that Kwese is an independent broadcaster whose service is easily accessible via satellite and mobile networks – in a word, masses.

Anyway when Kwese does eventually launch, it’ll certainly be available on the Econet network.

We stumbled upon an interview by Kwese President and CEO, Joseph Hundah, on Smart Monkey TV, where he was asked about how they structure the service and bundles when delivering through a mobile operator.

We will put our own team into the mobile operator, say for example Safaricom in Kenya. They will articulate and sell the products internally. Kwese people went into Lesotho to go through all the different elements. (The mobile operators) are increasingly enthusiastic and they understand the need for data-driving properties.

We’ll have as low as one day billing and that matches the mobile operator pre-paid packages. The customer can buy several days in a month and that will increase over time.