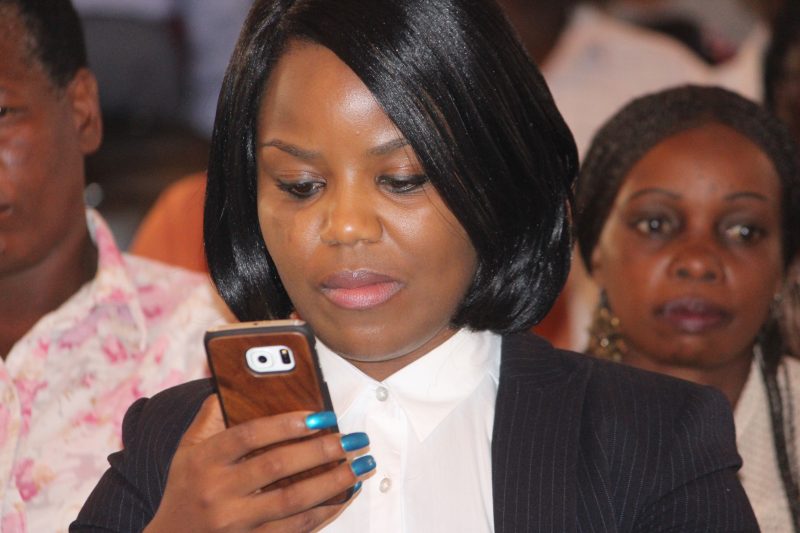 We can’t over emphasise the importance of learning code (biased as we may be) but by taking a look at some case studies of countries like the US and England that are promoting the exercise, you’ll discover that we’re actually justified. Of course we not saying everyone’s professional job should be coding, but we’re saying learning code should be as basic as learning Maths and English.

Well, glad someone (who is not a techie) picked that up and has started a coding initiative called CODE <MP/> Fadzayi Mahere, an advocate of the High Court and Supreme Court of Zimbabwe is the brains behind this initiative. It is part of her campaign as an Independent candidate running for the Member of Parliament position in the Mount Pleasant constituency.

However, for the CODE <MP/> campaign to come to fruition, there is need for interested parties to donate their old but working laptops and/or desktops. Here’s the flier circulating on social media: 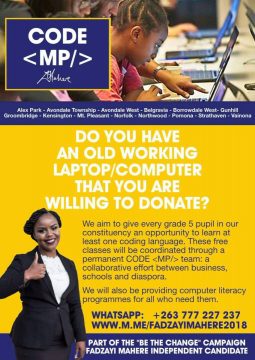 The initiative is centred on two things which are: i) teaching grade 5 pupils at least one programming language and ii) teaching computer literacy skills to all who need them. So not only does this initiative achieve the obvious in terms of equipping people with the so much needed skills, but it also creates a couple of jobs for the tutors (unless i’ts just my assumption that they will be getting paid). Obviously, the jobs created won’t total 2.2 million, but it’s a starting point which we hope other constituents can take up as well.

This initiative will not just end at ‘teaching or learning code’ but it will improve on how people appreciate the whole programming business. See, the greater the appreciation of code people develop, the greater the chances of creating an industry in that field. I know this sounds super ambitious but allow me to call it hope. Or maybe I’m just super excited by the fact that unlike the usual ‘give them food and/or seed’ or worse, ‘beat them up’ typa campaign, this is actually different and quite relevant particularly in this age.

So whether it’s just a campaign strategy or genuine interest, we support it because at the end of the day people will learn how to code!