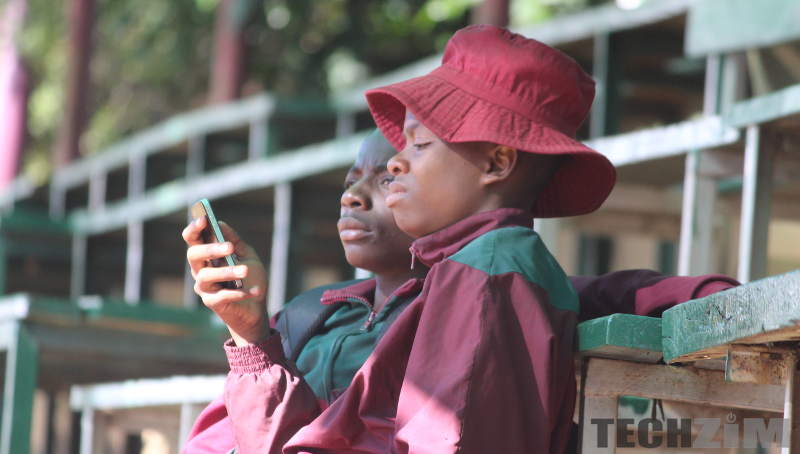 Dr Paul Mavima I hope you read this. The intention is not to insult but to point out an inconsistency that we need to fix early if we truly believe ourselves to be a progressive society.

So much has changed in the Primary Education curriculum since my transition through that phase decades ago. The first one is that at Grade 7, pupils no longer write just one multiple choice paper per subject. It was far easier to get the 4 units in my day and I got them!

The second thing that is more recent is that it is now actually impossible for any Grade 7 pupil to get the 4 units. They now write examinations in 5 subjects. This is the bit I do not understand. I am not complaining about the number of subjects examinable at this stage but at the choice.

Why is the fifth subject Agriculture? My guess is that the answer is the cliche, “Agriculture is the backbone of Zimbabwe’s economy.” Further to this reasoning I think is the fact that more than 60% of the population lives in rural areas where agriculture is the central economic activity for families.

If Agriculture had been added as an eight subject or even sixth I would not be complaining. But to prioritise it ahead of ICT skills is just ridiculous.

What primary education should achieve

We are still thinking in the western agricultural age mentality where knowledge is held by the few and is generally inaccessible outside the exclusive school system. The world has moved past this. Even the forgone industrial age made knowledge a mass commodity since the invention of the printing press.

In the current information age, knowledge is ubiquitous. It’s called the information age for a reason. Before we talk about the internet reality which makes it possible for anyone to know anything and everything about anything, books (a legacy of the industrial age) are now more accessible than ever.

ICT provides access to information. The earlier our kids learn how to navigate and utilise the technology the better. Use of the computer should be taught as a basic tool like English. When I was in university I learnt with people who felt inferior to the computer and even in my work life I still meet such people.

It’s not their fault. The problem is that a lot of times the computer (yes including the smartphone) is introduced as a sophisticated gadget that can work magic. Even when watching a movie you hear some say, ‘haa ndezve ma computer izvo (these are computers,’ after watching some cool after effects. Usually this is said with a worrying awe and reverence.

The computer is not being introduced as a tool that you manipulate for specific tasks just like the abacus. It is never really viewed from the reality that it was made by someone for use. It is looked at as if it has a life of its own. How many times have you heard someone say, ‘phone yangu irikuramba kuita… (my phone is refusing to do abc…)?’ A cellphone has no power to consent or refuse, it has specific limitations period.

We need our little ones to learn how to interact with technology and how to use it. Beyond Primary Education no student should ‘learn computers’ unless they want to pursue computer science and related disciplines. They should instead be using computers to learn.

It’s like reading: we were taught how to read in primary school. Beyond that we started using our reading skills to learn. Computer skills are just as preliminary now, you can’t keep studying the tool. You need to use it. Primary school is where people should learn to use the tool and be examined on it.

Agriculture is not a building block! That alone should be enough to take it out of Primary Education. It’s called PRIMARY for a reason. Agriculture is a discipline that a person who has been taught how to learn can learn. The subject does not have impact on the achievement of succeeding learning outcomes later on. Why is it in primary schooling?

Agriculture and other industries are being radically transformed by technology. Isn’t it a higher priority to teach kids the skills that they need to be the disruptors in this sector instead of committing to them knowledge that is becoming irrelevant before break time?

As economies progress they employ less people on the land and more in industry and even more in services for highly developed economies. When we prioritise agriculture in education we can’t claim to be preparing for the future. An economy where everyone is a farmer is not a sustainable economy. This is the economy that Zimbabwe keeps choosing in our lands policy and even more disastrously in our education policy.

We need to imagine and pursue a highly mechanised and automated agricultural sector and this will not be achieved by teaching Agriculture in primary school. It is not a coincidence that Israel is one of the strongest agricultural producers (despite being in a dessert) and the leaders in technological developments in the world. The cliche we strive for of being the regional bread basket will not be achieved by concentrating human resources on the land but by utilising technology on the land.

Farming is a very important vocation and I do not demean it. I actually am saying not everyone is a farmer and if we all are forced to be the nation will starve.

Computer skills and information skills are however for everyone. Very soon, those without them will starve…