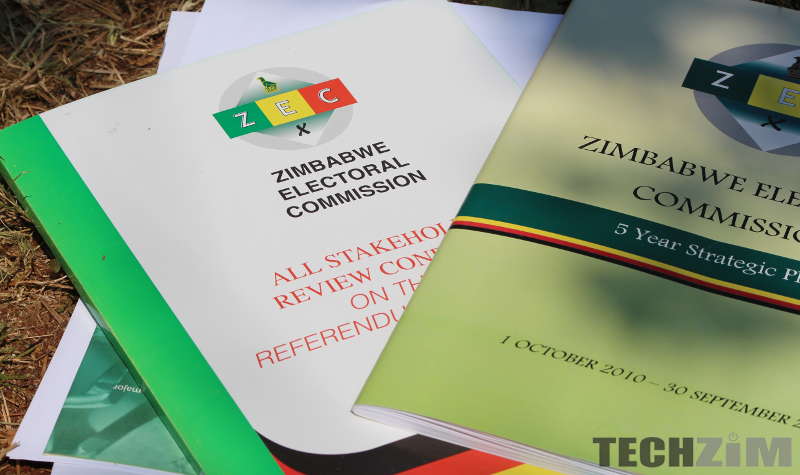 ZEC (Zimbabwe Electoral Commission) has redesigned the voting booths and this has caused an outcry as political parties think there is some foul play. Political parties are claiming that this redesign compromises the secrecy of voters

ZEC has come out and rubbished those claims. The new design is being attributed to people taking pictures and posting them on social media:

The booths remain the same. We have not designed any transparent polling booths… The secrecy of the voter is still guaranteed, but we have made sure that whoever goes into the polling booth and makes a mark does so in view of officials to avoid people abusing this to take pictures of how they have marked a ballot to put them on social media. I must emphasise that whoever is marking a ballot does so in secret.

A political analyst who communicated with Newsday however highlighted an important point, which is; most countries do not allow pictures to be taken in the voting booths:

Despite the high levels of tension existing between Zec and political parties, Zimbabweans must appreciate that the ban on taking selfies in the ballot box is standard procedure for electoral commissions around the world. Political parties must be aware that taking pictures of ballots is a double-edged sword that may work for them or be used against them.

After scouring the internet to determine the position of other electoral commissions around the world it is indeed clear that this is not a practice unique to ZEC. In the United Kingdom, voters are also not allowed to take pictures whilst voting, even though there is no law set in place to forbid voters.

The fear of the UKs electoral commission is that someone could accidentally reveal how they, or someone else voted and this is a breach of the law

In the USA, there are 14 out of 50 states that do not allow people to take pictures so it is clearly an issue that sparks debate. In Arizona voters are not allowed to take photos within 72 feet of a polling place. That’s a good 22.86 metres from the polling stations. In Texas that number rises to 100 feet (30.48metres).

Is it worth the hassle?

Some people may want to argue that taking a picture of your vote should be allowed but I don’t think it’s an important issue that should warrant heated debates. Nowadays, however, it seems people are very eager to broadcast every moment of their life and I guess ‘influencers’ will be very eager to take the voting booth selfie- an opportunity they get once every four years. Unfortunately, they will not get a chance to snap selfies in the voting booth come 30 July.

Fair and fine, ZEC claims they do not want voters to be posting pictures of the booth but opposition parties feel this is not about pictures and more about intimidating voters. Obert Gutu- Vice President of MDC-T pointed to Zimbabwe’s previous elections and tactics used back then:

Given the history of intimidation in our elections, especially under (former president Robert) Mugabe, particularly in rural areas, the exposure of people to snooping from electoral officials will increase fear in villages across the country.

What do you think? Is ZEC simply trying to put an end to the issue (non-issue) of selfies being taken in the booth or is there more to this?