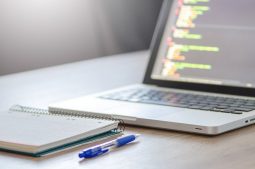 A German-backed free e-Learning platform called Atingi was recently launched in order to (among other things) fill the gap created by COVID-19. The pandemic left school kids on the continent without access to education and so Atingi is now available in 54 countries across the continent.

Atingi particularly focuses on reaching marginalised populations that previously have not had access to high-quality education, offering what they consider to be “best-in-class learning content for Africa’s citizens”.

Atingi grabbed my attention with the following statement;

Unlike other eLearning platforms, the atingi learning content is developed in cooperation with specialised local African partners, and carefully considers local needs and market, making it unrivalled in contextual relevance. Furthermore, learners that have successfully completed courses are awarded certificates as proof of their learning achievements.

They are claiming to offer free education that fits the context of the African countries education system. That sounds like a sweet deal and one I had to try and verify.

Whilst signing up I was a bit concerned as there was not a single African language among the language options but I soldiered on and chose my colonizer’s language – English. French and Portuguese are also some of the language options which are selectable. GIZ GmbH probably assumed these would cover most countries on the continent.

The rest of the sign-up process had two languages, English and French which is a nice accessibility touch. After signing up it became clear that at the moment Atingi dosn’t have much content for kids in primary and secondary school – which goes against most of the stuff in their press release.

This doesn’t necessarily make the site a waste. Secondary school kids can still take courses on entrepreneurship and financial planning which they probably aren’t being taught in the classroom.

For people generally looking to up-skill there are many courses on the platform and I think the e-Learning platform is generally worth a look. I haven’t taken any of the courses yet but there are many and the nice thing about free content is you can try it and if you hate it you can leave without much of a loss. You only stand to lose the time invested. But then again, time is money so that might be a hurdle. HAHA.

Beyond the content itself – Atingi also links to Vodafone’s Future Job Finder which curates your interests, likes, dislikes into career and study options. I feel that’s a thoughtful touch since most people studying are doing so to advance their career. Might as well figure out what the right path is before committing to anything.

2 thoughts on “Free eLearning platform launched for all African countries”