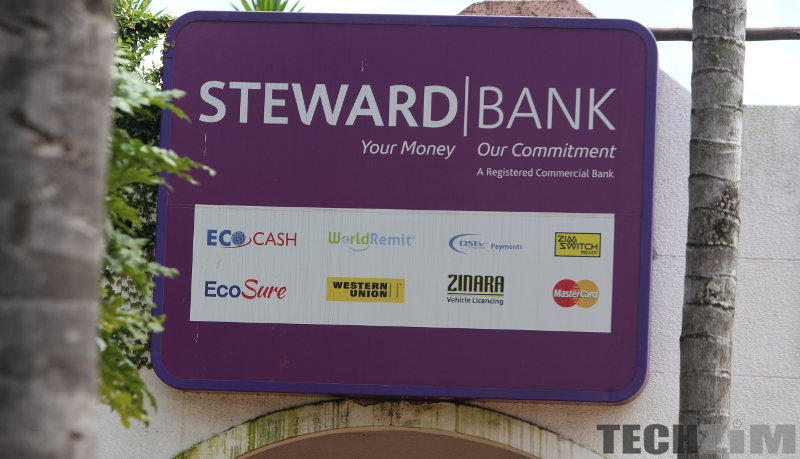 Things are very hard right now and we are all trying our very best to get by. The struggle isn’t helped when your bank is not providing the service that it should. We have all had an unpleasant experience with customer services before. It is anxiety-inducing when you are in a tough spot and the company you are dealing with isn’t giving anything in the way of assistance. Yesterday there was a tweet that should have caused more of a storm than it did. A Steward Bank customer took to social media to air their dissatisfaction with the company’s service delivery:

After seeing this we had to reach out and see what exactly was going on. We got in contact with the owner of the Twitter handle and he said he has been a Steward Bank customer for 5 years. His troubles started in October last year: he did a bank to wallet transfer and that money vanished. The money he was transferring was meant to be for his children’s medical bills. He attempted to make another transfer the following month and that money too vanished.

When he reached out to Steward Bank the response he got was that they were doing a system upgrade and that the situation would be resolved. He kept emailing them and he says to this day that money hasn’t yet reflected in his account.

Fast forward to last week and he was attempting to access his account on the app and the online banking platform but he was unable to. He had a legal obligation he had to meet and the due date for it was today (27/10/2020). He tried contacting them on Saturday last week and he got no response on all platforms.

After persistent badgering, he got through to Steward Bank, finally got assistance and he was able to meet his legal obligation. His experience was unpleasant, but he said that he feels more for people who don’t have the same sort of access to Twitter and email to keep contacting customer services. On his Twitter, he posted an encounter he had with an elderly woman who went through a similar experience:

In my conversation with him, he said this is one of many senior citizens who have to travel great distances in order to submit a query.

We reached out to Cassava’s Group’s PR for a comment and we were told that they were unaware of the situation but said they would investigate.

He isn’t the only Steward Bank customer left unattended

The Steward Bank Twitter feed is filled with complaints from customers. Some are like the one above that have not had access to their funds over the online banking platform. Others are saying that they haven’t been attended to in days.

As previously mentioned we have reached out and will update you if or when we get a response.

Go to Facebook all comments are negative,nothing is well at steward bank. Even i tried to close all accounts with them no response .They are really struggling,they have lost many customers i tell you.

The same problems are also entering BancABC, they are facing huge problems with their VISA card, transaction are not going through, deposit not reflecting.

NMB is currently the best bank at the moment with excellent service.They have simplified banking with NMB lite account,NMBlite nostro account

What about CBZ bank?

Never had pbms wth cbz on all platforms…

I see something here, Lance Mambondiani was at Steward Bank left it in a mess system wise and all these complaints. Now he is at BancAbc and the problems seem to have followed him. Is he the problem? My case is unique they are on my tails telling me that my Visa card was overdrawn in 2018 how does that happen?

Steward has lost it, i went at their Joina branch on Sataday to get my card replaced to the chip one since they are saying the old ones we have will nolonger work from the 30th. So I was there at 8 and was given number 72 by the security. I was then let in the banking hall around 11, and then we were told vabereki the system is now down Mouya neMonday, like ndizvo zvega zvekuita. It was only after we complained that we we then served. Imagine you are in a que for more than 3 hours and just because someone want to knock off system yakudonhedzwa. Chakandishamisa ndechekuti yakazomutswa nani. On Monday I opened another bank acc with another bank, tombozama zvimwe

I have long maintained that Steward Bank is a terrible bank for a number of reasons with the main one being that their IT infrastructure is failing to keep up with the number of clients who sign up each and every day.

From day one I have had BAD service from Steward bank! Bad service like that stems from the very top

Thank you NMB. Very professional like in a 1st world country. Pity we not in that country though!

Stewardbank is the worst bank in the country if not in the world. I hold a corporate account and i applied for pos machines about 4 years ago and was only handed 2 kwenga machines which are ridiculously not efficient for big retail outlets and up to now i still don’t have proper pos machines. I’m currently working tirelessly to open another account with a different bank because Steward has clearly failed