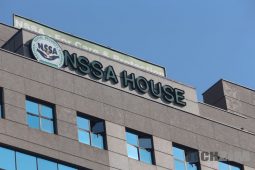 Zimbabwe’s National Social and Security Authority (NSSA) has always been accused of harbouring a lot of ghost accounts on its books among scores of other improprieties revealed in several audits. Lately, they embarked on a mission to rectify this anomaly but they seemed to have bungled it. Now their latest attempt to clean the books has sparked a massive outcry from pensioners whose accounts were mistakenly closed.

Rather than do an internal audit and try and determine which accounts were up to date and which were not NSSA seems to have decided to shift the burden onto the pensioners themselves. The agency asked pensioners to come and re-register with them. Unfortunately, due to lockdown restrictions, the bulk of those pensioners failed to meet the deadline to update their accounts on time.

Instead of extending this period or granting them an additional grace period, NSSA decided to be draconian. They went on to close accounts for those with deceased spouses who had not updated their details. The move has sparked a massive outcry as it leaves scores of widowers, widows and orphans in financial dire straits during the ongoing pandemic and just when schools are about to reopen.

NSSA closed accounts for those with deceased husbands and wives who could not register on time.

We were told we needed to bring our children regardless of where we are coming from. In this COVID-19 pandemic, movement is very difficult. How are people supposed to travel in this environment?

How are we supposed to register, they did not consider the inconveniences of travelling at such a time. NSSA should do outreach programmes so that everyone registers.

They just closed the accounts and said none will get money.

Controversially it doesn’t seem like NSSA is backing down either. The agency defended itself saying they had started the exercise in April and June which means those affected had already been given ample time to update their details with them. They said they had made plenty of announcements on various platforms including newspapers, TV and radio channels. They also had set up various centres across the country which means that pensioners did not have to travel to the capital to update their details.

While NSSA feels like they went about this the right way they are being harsh here. National and large scale exercises like this involve a lot of people who might not get the message on time for various reasons not least of which is because of their remote locations. The agency itself should know this fact. They have millions of unclaimed pensions because some people don’t even know they are entitled to a pension at all.

Leaving the most vulnerable members of society destitute to prove a point hardly seems fair.