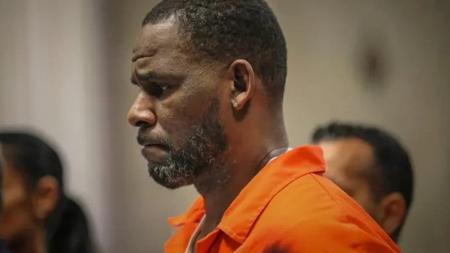 If you missed it, famous American singer Robert Sylvester Kelly, whom you probably know as R Kelly has added a new label to his name. He is now a convicted sex offender after being found guilty by a jury of his peers of numerous sex-related offences. Thanks to the world we live in, that’s probably going to be the only thing he is known for from now on. Even his Wikipedia page was promptly edited to include the sex offender title right in the first sentence of his bio.

The era of cancel culture, racism and knee jerk reactions

I am, however, concerned by some of the reactions to the R. Kelly saga. Even before he had been found guilty there had been some movement to get his music banned and removed from platforms such as Spotify and Apple Music. In fact, Spotify once removed him from their catalogue over these allegations long before he had even been convicted. Now that it’s official that he is a sex offender the movement has regained momentum.

Again, I am not defending R Kelly’s behaviour I am just concerned by the cancel culture attitude that seems to apply to mostly black people while white offenders tend to get a pass in instances like this. More often than not their cases do not even go to court. There hasn’t been an attempt to ban Johhny Depp’s movies from various streaming platforms even though he is a “wife-beater“.

No one has made two seasons of Jeff Epstein or a Harvey Weinstein documentary and put them on Netflix. The British tabloids that haunted Meghan Markle are remarkably silent when sex abuse allegations touch a member of the royal family who also happens to be very white. Spotify didn’t remove Phil Spector’s music from their platform even though he so happens to be a convicted murderer. Of course, Mr Spector is white. Jim Gordon another celebrated artist butchered his own mother his music is right there on Spotify and no one is talking about banning his music.

The sad truth is a lot of horrible immoral people also happen to be great artists. I bet you if we go digging we will find that Elvis Presly snorted cocaine (that makes him a criminal), the Beatles violated some laws too (that makes them criminals), a lot of artists beat their wives and violate the law.

Yet the most vitriolic demonisations tend to be reserved for blacks with their crimes and misdeeds repeated on racist networks like Fox News with a macabre flourish. The racist undertones dished out by the anchors and commentators are unmistakable while people like Roger Ailes, who committed his crimes at Fox, get a pass and a grudging five-second coverage.

It’s alleged Da Vince committed “crimes of sodomy”. Why are we not tearing his paintings from Museums around the world and paying millions to acquire them instead? I think there is a need to separate a man from his art unless said art is glorifying his despicable deeds. Why should I stop being inspired by the “World’s Greatest” or find comfort in “The Storm is over” just because a rapist sang them?

I think this is cancel culture gone too far. R. Kelly is a horrible sex offender his music is brilliant, well some of it. I don’t particularly like the sound of Your Body’s Callin’ they can ban that for all I care.

16 thoughts on “Racism and cancel culture: Should R Kelly’s music be banned?”