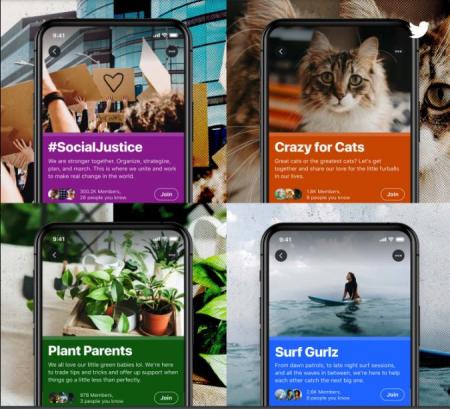 Twitter is trying so hard to become like all the other social media platforms. Earlier this year the company tried out “Fleets” which were a cleverly named version of Facebook, Instagram or WhatsApp statuses. That endeavour went nowhere as Fleets were shut down on August 3rd. However, the other trend that Twitter hopped on that was successful is the Clubhouse clone, Spaces and now Twitter is rolling out Communities which are basically like Facebook Groups or Subreddits.

imagine an alternate timeline where everyone just gets you

say hi to Communities—the place to connect with people who Tweet like you. testing now on iOS and web, Android soon! pic.twitter.com/TJdKwUa4D2

Now as much as this is copying the other platforms, maybe save for Instagram, this is a good move by Twitter. The platform is difficult to navigate because feeds are usually random. If you wanted to follow a particular subject you’d have to use Twitter’s Topics which, in my opinion, aren’t all that good.

Communities on the other hand have a more intimate feel to them and will have moderators. The ground rules for the test run of Twitter Communities are that they will all be publicly visible, unlike Facebook Groups which can be private.

All communities will have to follow Twitter’s terms of service. Additionally, members, as well as non-members, can report a violation. Lastly, moderators will have to perpetually meet certain eligibility requirements which include not violating Twitter’s rules. If you are lucky enough to experience the test phase of Communities you should see a tab for it, which will be clearly visible in the app.

What I am not too sure of is how the folks on Twitter will receive the new feature. Fleets failed and Spaces were a hit. So at this point saying Communities have a 50/50 chance is not a stretch.