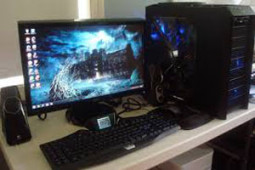 I have never shied away from my love for mobile gaming. Having almost exclusively used Android phones, I can only speak to Android gaming, which is excellent although I hear iOS could be even better. So, when Microsoft announced that Android apps and games would be coming to Windows, my curiosity was piqued.

This is not because I would dare claim that Android games are superior to PC games. They are not, but what they are is more accessible. The freemium model, which has ruined gaming in one sense, has meant that there is a wider selection of good quality games for free on Android.

Of course, the actual game experience is geared towards you spending actual dollars to progress at an acceptable rate. For example, in a game like Shadow Fight 3, you have to labour over and over in duel fights, only getting a measly reward each time just so you can upgrade your equipment to progress in the main missions. This sucks but for someone not able/willing to pay actual cash, I’ll take what I can get.

So, anyway, these Android games are now coming to Windows. I gotta tell you, I have tried Android games on PC before. I think I used Bluestacks to emulate Android and played a few games. I’ll admit that the keyboard and mouse controls were beneficial in some games but were wack in some. If the game involves a lot of swiping or uses the gyroscope, you better play that game on the phone like was intended.

When Microsoft announced Windows 11 they promised that support for Android apps and games would be coming. They created a Windows subsystem to handle the mobile OS and partnered with Amazon to bring the Amazon App Store to Windows. So, we are talking about native Android emulation in Windows, killing apps like Bluestacks.

They opened a beta to users on the Windows Insider program and have been testing this in the US for months now. You can find out how to join in the fun here.

What was curious though was that Microsoft decided to partner Amazon to get the Amazon App Store instead of partnering with Google to get the Play Store. Well that’s Silicon Valley politics but we’re in luck because Google is working on their own solution. So, in just a short space of time we have support from the vendors of the OSes we use, Android and Windows, and I think we, the customers, come out the winners.

The Google beta is now open

Google launched the first beta and users in select markets can sign up for Google Play Games. At the moment only 12 games are available of which Asphalt 9 is one.

Google is promising seamless gameplay sessions between a phone, tablet, Chromebook, and Windows PC. You could start the mission on the PC and pick up the action on the phone for example. I could get used to this multi device support.

Since you’ll be able to take your progress and achievements across devices, I think you’ll have no excuse for not trying this out when the emulation is available to the masses.

All you will need is a PC with an octa-core CPU, decent GPU, 8GB RAM and at least 20GB SSD storage to participate. The surprise for me was that the beta is open to Windows 10 users like me. You need to be running Windows 11 or Windows 10 v2004 onwards and be in Taiwan, Hong Kong or South Korea to participate early.

That’s nice. The Windows 11-hesitant gang can participate too.