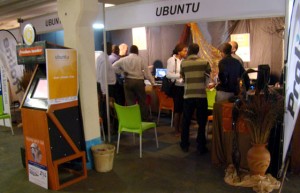 Compared to previous editions of the ICT Africa exhibition, this year’s event saw a remarkable decline in attendance. Visitors to the exhibition park in Harare were so few the place looked empty most of the time.

We spent day 1 and 2 around the ZOL stand for example, and we’d just see one of two visitors there. Sometimes none. And ZOL is a big ISP that normally has people excited at such events. And they did have stuff that people would typically find interesting. The new ZOLife magazine which launched yesterday was being given away for free at the ZOL stand. They even offered free domain registration to visitors for the entire duration of the exhibition. 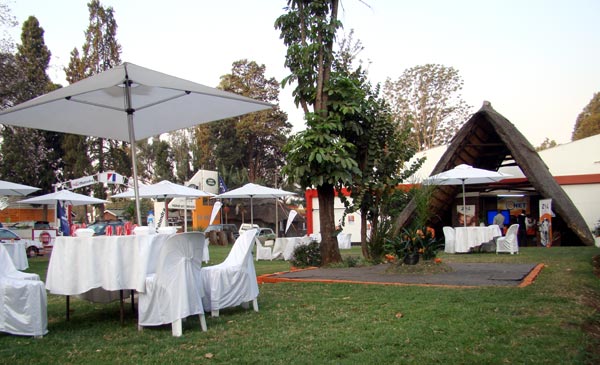 Even the Ubuntu stand, which last year was abuzz with activity, was quiet. The stand design looked great but not that many people came by. Only students from some Harare secondary school came in high numbers. They made a huge difference actually.

Ubuntu LoCo team member Mr. Ronald Munjoma blamed the low turnout on the change of venue: Update: “ The 3 exhibition halls are far apart each other and some people did not even realise that there was a third hall”.

The other problem according to Mr. Munjoma was that the exhibition was divided into two sections about 50 meters apart. The Ubuntu stand happened to be in the second section which most visitors didn’t even realize was there.

This later problem, we witnessed firsthand. When the Information Minister Hon. Nelson Chamisa toured the stands, he got through the first section and thought he was done. When it was explained to him that there was another section further down, he declined to go there. “We’re done” he said, “Let’s get on with the official opening.” 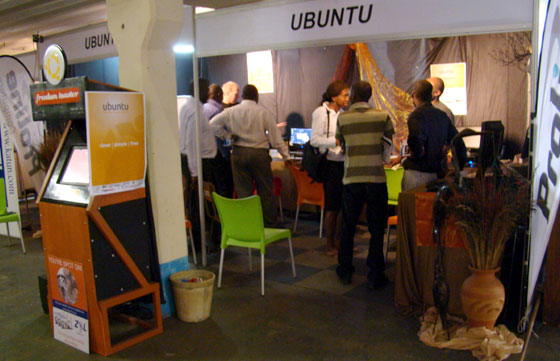 Previous ICT Africa exhibitions have been held at the HICC. We hear the HICC is charging an arm and leg for its convenient venue now. This, more than any other factor, pushed the organizers to scout for a different (cheaper) venue, and the Agriculture show grounds were just the place.

A ZOL staffer, Mr. Selby Dzengerere explained that the venue is not suited for IT exhibitions of this type. “The people we target are in the city and this venue is just too far for most of them. Those that don’t drive cannot be expected to walk all the way down here” explained Mr. Dzengerere.

Some traditional exhibitors didn’t even turn up. Yo!Africa for example had the biggest and most colorful and lively stand at ICT Africa 2009, but for some reason, decided not to come this year.

We’re curious to know your thoughts. Did you go to ICT Africa this year? If you did not, why? And if you did, what, in your opinion, was the problem? 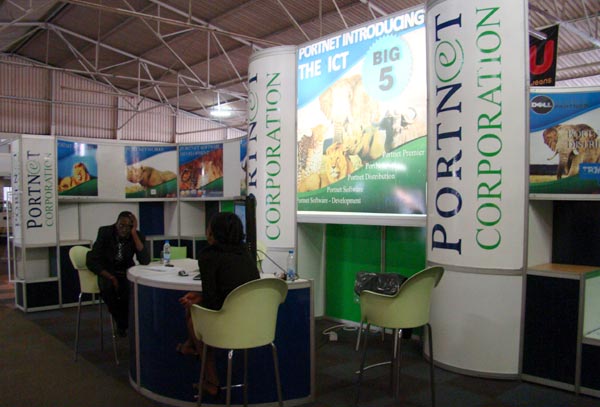