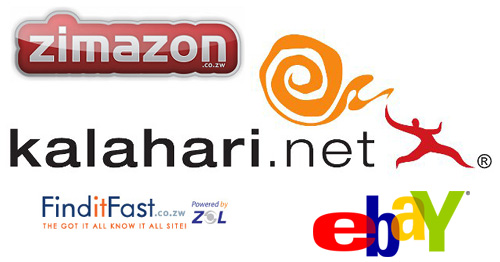 I have been following with much enthusiasm articles and debates generated thereof on the Techzim blog as it pertains to Internet usage in Zimbabwe. Not only being passionate about it, but also having done some considerable project work and brainstorming on this subject even in the early days of the Internet in Zimbabwe as far back as 2000. I feel a pressing need to make my own personal contribution to this ongoing discussion about Internet usage in Zimbabwe.

It is apparent that only in the last few years of mobile 3G Internet – that many Zimbabweans young and older have began having a real encounter with the Internet. In fact, the growth of Facebook and the general explosion of social networking is well worth conferring due credit for the growth in Internet usage and experimentation by a growing number Zimbabweans. In as much as we are enjoying the current unprecedented growth in Internet usage locally, I feel there is still a substantial ingredient that is missing. Herein lies my lamentation.

Hitherto, our interest in the Internet appears to have been driven by outside forces more than a locally generated appreciation of what the Internet can do within our own context particularly in commercial terms. Suffice to say, this has arguably spurred us to a point where we need to now shape and inculcate our own local commercial Internet culture. This is the missing ingredient. A locally inspired commercial purposeful use of the Internet. Thus far, Zimbabweans have associated the Internet with Facebook/social networking, Google search, the Herald online and so on.

Make no mistake there is nothing wrong with this type of Internet engross. The fact and the point here is we really need something more than this. The Internet is more than a social loop. It is also a commercial gem that can change an entire generation. No need for evidence here; needless to say we have countless examples of young Internet multi-millionaires all across the world. There are certainly thousands upon thousands more who have made a fortune because of the Internet.

To put things in context and prepare you for were I’m going with this, I see a need to remind that in the early days of the Internet in America this now indispensible tool was initially viewed primarily as a means to speed up communication and a mine for information. True. However, no sooner did its commercial value become a reality than we saw the emergence of sites such as eBay, Amazon and so on. These start-ups transformed the entire concept of the known Internet world. I would venture further and say all manner of start-ups that we have had on the Internet in the last decade and some change have become a reality because of this important fact – that the Internet has commercial value.

I did argue that on the most part, many Internet users in Zimbabwe still view this medium as a source of information and social interaction/networking more than it is a means to a new commercial reality. This is true for business let alone government. Even though we talk about the commercial potential of the Internet at different fora be it government or business, we somehow seem to never get to the nuts and bolts of pursuing this commercial reality to its logical and necessary conclusion.

It sure seems as if everyone is waiting for someone, somewhere, somehow to do it someday. Many business and government leaders time and again refer to this potential of the Internet in its limited and rather primitive form in the context of its ability to help search for quotations of products and services. Rest assured, that is as far as it goes. Even though this is valuable, I would say this had absolute value back in 1999/2000. What about going further than searching for quotations and addresses and actually making the purchase and having your order delivered to your door/downloaded? We are painfully still in the shallow end.

I have had an opportunity to study countries were ecommerce has taken off. One common thread running through these economies is the existence of at least one local vibrant ecommerce site. This is true in South Africa – Kalahari, takealot.com etc – it is also true in France – fnac.com, priceminister.com etc  – it is also so in India – flipkart.com, snapdeal.com etc – it is so in Kenya – mamamikes.com (which happened to have recently receive a $50k grant from Kenyan government to boost their business) and many other countries for lack of time and perhaps space. I consider this to be THE main ingredient and gateway to a popular ecommerce culture.

I am aware that in Zimbabwe we have Classifieds.co.zw and Finditfast.co.zw. The former is perhaps the most visited site in Zimbabwe excluding the news sites, currently. Well, fair enough and a job well done but it doesn’t do much in as far as ecommerce of the magnitude of our proposition here is concerned. We need something that involves money. By this I mean actual online transacting. I say money because when money is transacted successfully and goods/services are delivered long lasting confidence is cultivated in the process. It only takes the involvement of money to gain the necessary public trust in online dealings or any related service. Think about the kind of confidence that many people are steadily gaining with Ecocash.

Business and government have a tremendous responsibility to demonstrate to folks that the Internet works; that you can make an online purchase and have your order honestly fulfilled. This is important in popularizing the ecommerce culture among ordinary Zimbabweans. I doubt if a classifieds site as good as it may be will be able to bring about this culture – the ecommerce culture.  No, not until money and goods/services successfully exchange hands on such a platform. In my considered view a classifieds site of the type we have represents important but insufficient baby steps to a greater ecommerce reality.

This might not be farfetched and certainly apparent to many that our undoing has been in doing things in a disarticulated manner. Hopefully, the latest and much talked about ICT policy in the making will properly and purposefully position all key players in their respective roles. There is need to realize that we all have a dog in this hunt. Therefore, each player has to do what they need to do.

As stimuli, government through financial regulation must spearhead and encourage credit/debit card processing in our local context. The current levels of innovation and enthusiasm among our young developers as reported here on Techzim allows for even the unbanked to participate in ecommerce activity. This has been the strength of the South African ecommerce scene – the supportive banks coupled with certain initiatives e.g. eBucks and so on.

We also need an independent credible statistics gathering process of actual Internet usage that investors can rely on. This is important. As I see it no one really has a credible position on Internet usage statistics in Zimbabwe. Most data is inferred. Through this inference we however can still tell that we have the critical mass necessary to start the ball rolling; we nevertheless need actual numbers that investors can rely on. Am aware of some regular surveys that are done by certain private institutions; but again these surveys are done by heavily interested parties and may for some reason fail to reflect the true facts. We know there has already been controversy around these surveys.

Government has the ability to introduce mandatory local online advertising spending for ad agencies and companies, as a proposition. Even if ad agencies and companies of a certain revenue size were required to spend say 8% of their annual advertising budget online locally, this would perhaps be enough to spur activity in the local online sector. All kinds of ideas would likely blossom as there would be pay day to look forward to through advertising revenue for those new start-ups. The overall effect is increased purposeful investment in this sector which has major gains on the overall economy going into the future.

16 thoughts on “The despairing state of ecommerce in Zimbabwe”