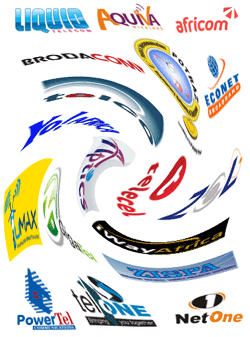 Me and Santa have been good pals since the PTC days when life was much simpler. For all my troubles the only choices I had to make were between Surface Mail, Air Mail, Telegraph. Calling my infamous and terrible aunts was a small matter of giving their numbers six weeks in advance to, you guessed it, the PTC operator. This allowed me enough time to learn my lines, you know, work the laugh right and come up with the right excuse as to why I consistently came top in my class when all my smart cousins were convinced the last place was the best place.

Now the world seems a little hurried, I have to memorize the +1s, +27s and +44s in addition to GMTs and UTCs, all the while dodging chat popup windows in Facebook, Skype and Gmail. The PTC, peace be upon him/her, got caught up in the frenzy. Now which one is the landline, NetOne or TelOne? Blimey! Both offer cellphone services using UTMS/GSM and CDMA respectively. And Oh in case I ever want an alternative CDMA provider, my power company ZESA offers that too when they are not busy switching people off the power grid.

Before I make up my mind I am handed a flier telling me I am in a MAX zone; and here I thought I was in Spar country! I calm down after everything is explained to me by a cheerful sales lady; uMAX is the deal in town, all I have to do is choose between Max@Home and Max@Work. Again I am confused: Will MiChoice or Yo! choice be the same as Econet’s or is it Ecoweb’s or Econet Broadband’s @Home or @Work Brodacom… I mean eerr broadband thing I use on my phone?

No, I am told, I use On the Go on my phone and Teletunes are called Buddiebeatz if you are using a 077 line. To answer my question I would need a broadband calculator which is available on their website. Since the address on the flier is a bit smudged (I know I was sweating alright) I decide to just Google “umax.” The page takes forever to load and noticing the frustration on my face the guy next to me helpfully chirps in with an explanation. Some axe wielding municipal works guy in Beira inadvertently chopped off the EASSY cable link so all traffic is being routed through Liquid Telecom. I know Telco alright, I used to have a VSAT service with them.

Needless to say, the page never loads and so after sifting through my flier folder with an Excel spreadsheet in hand trying to determine the best Internet café in town (an affliction unique to accountants),  I finally have to decide between Talk City near Joina City which charges $5/ 30 minutes (this includes snacks! Bizarre I know but I like my food, never mind the usually first “don’t eat in the lab” rule) and CeComms. I decide on the latter because they used to use YLMOS (another crappy version of Ubuntu) and the flier says they are Christians. If you are wondering how I finally solved the cost problem, it’s simple; I put all the fliers in a hat, shook it vigorously and picked the first two fliers. You should follow my lead. It is effective and time saving. I am tempted to try the same thing with my ISP but decide against it.

So after 8 hours of going through webpages from Econet, Telecel, NetOne, TelOne, Aptics, Aquiva, Brodacom, Telco, ZOL, YoAfrica, Gigatel, Africom, Utande, Earth …iWay, I try PowerTel and surprise, the website is down. Upon calling the nearest ZESA office as the pamphlet at home says, an irate official tells me this is a result of scheduled load shedding or I did not pay my bills and cuts me off. Being none the wiser I finally decide to give YoAfrica a try seeing their service is uncapped and all. But I don’t know what the phrase “fair usage” means. What is ZISPA and do I have to call POTRAZ myself? Are these branches of NetOne and TelOne?

All the geeks got their wishes:  Linus finally got rid of i386 from the kernel and he did stick the finger at Nvdia without any blow back to him. Stallman finally got people to listen to him even though he still wears his beard. And of course Steve Balmer is not a geek. The guy does not even use Linux!

“I wish for a simpler 2013 and please help me with the UEFI thing so I can use Unity on the new ThinkPad convertible. Of course I want it and the Rasperry Pi for Christmas. Please gag my noisy neighbors or better still enforce the ITU treaty on them”

Now that the letter is done. How do I get it to Santa? I wonder. Do I have to IM or Skype him. biNu him, use Mxit, BBM him or does he still prowl on the irc. Or does he use Twitter (the darn thing is just messed up irc of course)

P.S
It is with much trembling that I relent my earlier Steve Ballmer comment. I take it all back. Ok! You see after learning about the proliferation of guns from South Africa yours truly decided to seek police protection. I mean we all know how dedicated the Windows fan boys are; the only biggest difference between Windows NT and 8 is in the icons and the wallpaper collection. Of course you disagree with the last statement, this is a classic case of Stockholm’s syndrome. (My therapist would be proud!)

Anyway, I set my trusted Android phone to record, trudged into the police station and bared my soul to the Member in Charge. As expected the man demanded his due bribe. Sticking with the script I told him that unless he wanted to join the 9 corrupt officers fired in 2012 (If you think there were more than that you are mistaken) he would better change or the video would go viral on YouTube, ipaidabribe.com and Ipaidabribe.org.zw. To this the man calmly replied, “Typewriters do not surf the web son!” There was nothing manifestly menacing in his voice, no trepidation caused by express regard to my threat or even anger, but he had achieved his goal.

“Please don’t let Microsoft die. Microsoft really needs this year to be killer. Windows 8, Windows Phone 8, Surface, SmartGlass, Xbox, SkyDrive, Bing, Office and so forth (even Steve cannot enumerate them all). Please make people stop thinking Bill Gates would have done a better job than me.”

13 thoughts on “A Zimbabwean geek’s letter to Santa”