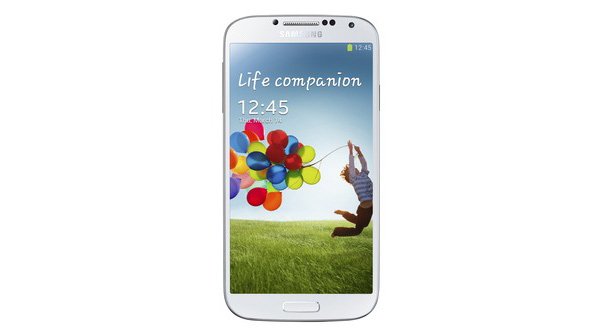 As you may already know, Samsung yesterday launched the latest iteration of its Galaxy S flagship line of smartphones, the Galaxy S4. The launch was made in New York, and as happens soon after such events, the tech blogs globally are teaming news, first impressions, early reviews and verdicts on what may be one of the most loved phones in the next several months.

We thought we’d pull the most interesting verdicts here so we feed on them in one place. But before that, here’s a summary of the hard specs: 5 inch Full HD Super AMOLED display; up to 4G connectivity and Wi-Fi etc..; 1.9 GHz Quad-Core Processor; 13 Mega pixel camera; 16GB up to 64GB user memory; 2GB RAM.  Gyro, Proximity, Humidity, Temperature, Gesture sensors.

And of the softer specs: Android 4.2.2 (Jelly Bean), S Health software which helps you keep tabs on your health via sensors on the phone. Samsung WatchON uses infra red to transform your S4 into a TV remote control. Samsung Smart Pause, the phone knows when you look away from it and pauses whatever stuff you were doing, such watching a video. Air View and Air Gesture, enables you to control the S4 using finger hovering and the wave of your hand. That is without touching the screen.

Now to the reviews:

There has been a ton of hype and build-up to this device, and ultimately, it left us feeling cold. The S IV feels uninspired. There are small spec bumps from the previous generation and there’s a ton of software which will largely sit unused. There’s just no wow-factor here.

It is bloated with all the “S” apps and everything else that Samsung has thrown into its new flagship smartphone. On the one hand, all the new and unique features Samsung definitely bring some real benefits. On the other hand, the “S” apps and all the stuff in the S4 add up to a very busy user experience. Readwrite

The Galaxy S 4 is a testament to Samsung’s ethos: an unabashed focus on features over design, and an immense desire to fork Android as best it can. Still, as much as its add-ons differentiate this handset from last year’s, we can’t shake the feeling that the GS 4 falls flat next to the competition. In fact, we get the sense Samsung could’ve called this device the GS III Plus Engadget

Samsung has aggressively embraced a software strategy, rather than focus on speeds and feeds as most smartphone makers do. Of course, Apple’s iPhone strategy has always been about what the smartphone can do, not its specs, and Google’s Android has also been increasingly focused on its services and apps over its hardware specs. InfoWorld

And finally, a verdict from their competition, HTC President Jason MacKenzie :

I went from laughing to actually feeling embarrassed at some of the acting. Watching the presentation, it looks like they invested a lot in marketing instead of innovation. CNET

Our thoughts: We don’t think all that added software will be very useful. The S3 was touted as the device that would know when you went to sleep and would select the best photo etc. Seems Samsung is doing more of that stuff here, and not necessarily perfecting them. Those features didn’t matter much eventually and never worked as seamlessly as advertised. We don’t think those soft features are better than a user curated app experience, based on their unique lifestyle.

We’d also love to hear in the comments what your first impressions are from what you have read.