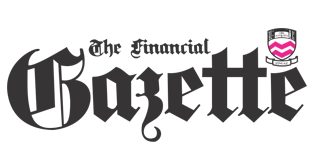 A tweet by an account called zimCyberHackers announced a few days ago the hacking of the website belonging to local weekly newspaper, The Financial Gazette. We didn’t see the actual evidence of the hacking but we notice the website has since been taken down “for maintenance”, the likely result of such incidents.

The Fingaz appears to have been attacked by whoever is behind the zimCyberHackers twitter account. The account claimed responsibility for the attack on the site in a tweet posted on Friday:
https://twitter.com/zim4thewin/status/350633954480635905
As for why the Fingaz was hacked, the only hint so far is a tweet by the Anonymous Africa hacker collective posted on the same day asking their followers if the site was “a legitimate target”. Anonymous Africa has however distanced itself from zimCyberHackers declaring that they are not working together with the people behind the account.

The attack on the Fingaz follows other attacks made in recent weeks by Anonymous Africa on a news site in South Africa, the Herald site locally, as well as a Zimbabwe government website.

This is the second time this year the Fingaz website has suffered an attack.