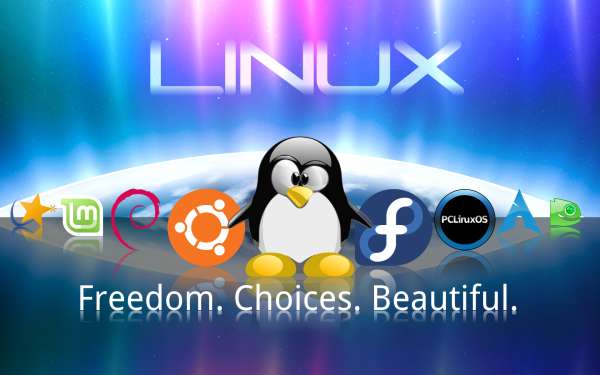 It was 22 years ago, on 25 August 1991, that Linus Torvalds the father of Linux sent his famous message: “I’m doing a (free) operating system (just a hobby, won’t be big and professional like gnu) for 386(486) AT clones.” Even he did not have any idea how popular and life changing his project would be. Today, Linux is everywhere from mobile devices to supercomputers in planes, in space, in cars and in big cities like Munich to the dusty little server I set up at an isolated estate I set up in Nyanga.

We have gotten to a point where even us, Linux Geek hardliners, realize that the year of the Linux desktop might never be. Despite our aspiration Windows has become so entrenched in the market through their smart supply chains it is unlikely the Linux is ever going to unseat it. The rise of Android, smartphones and tablets has made Windows’ dominance moot though. It was with this in mind that in May this year Ubuntu’s founder, Mark Shuttleworth, closed the seriocomic Bug #1  and declared it fixed. Submitted in 2004, the bug lamented Windows’ dominance and hold on the market.

Whatever your stand is when it comes to the Windows vs Linux debate, you simply cannot ignore the impact Linux has had in the ICT world. Linux is the staple of almost every geek and, thanks to Android, even novices. Directly or indirectly it has impacted on your life and mostly in a positive way. Most people in today’s markets do not know, or care, whether they are using Linux they simply want products that work but I think it is a good thing to pay homage to those people and things that have had a profound impact in our lives.

Everyone of us has a great, and often romanticized version of their first time.( First kiss anyone?) I still remember the day I booted my first Linux disk like it was yesterday. I had received the Feisty Fawn Live CD via the Post under Canonical’s then Shipit program. As the screen booted up I fell in love with that Orange interface; it was love at first sight. I did not have a computer of my own so I had to hide the installation on my aunt’s Windows XP and I was close to tears as I tried to learn the command line. I have booted and installed many distros of Linux then, I even compiled Linux from scratch but nothing is quite like the first time. Ah nostalgia.

Now is the time to  pause and take stock of the journey that you taken in the Linux Sphere. Do you still remember the first time?And what was it like? Please share with us as we commemorate the Linux revolution. If you have not yet tried Linux it is not too late to give it a try, just head to Distrowatch and choose a distro. I would recommend Linux Mint but the choice is yours; choice is another gift from Linux.

8 thoughts on “Celebrating 22 years of Linux”