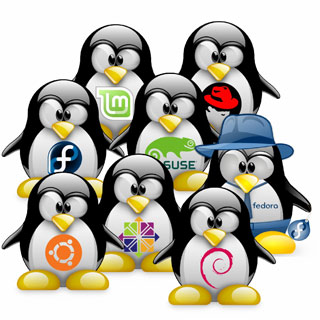 For those not in the know now is that time of the year when the Linux Journal, one of the most popular and influential Linux publications since the beginning, has its readers’ choice awards. It is an election where geeks get to choose the most popular distribution, office suites, video players and other types of Free and Open Source programs. Voting will close on 22 September so I urge you to hurry and cast your vote before the poll closes.

Most Zimbabweans suffer from election phobia for one reason or another so I consider it my duty to encourage you to take part. I can assure you that as long as you vote correctly (sic) there will be no violence whatsoever. In case you need a little guidance just make sure: Ubuntu or Linux Mint is your favourite distro, Vlc your favourite player, Chrome or Mozilla your favourite browsers and you can leave everything pretty much blank if you like and everyone gets to go home safely.

I know there are a lot of traitors out there who do not use rsync for backup purposes, let me warn you, it is treacherous enough that you are closet Windows lovers and some of you have even installed Windows Server 2012 in your AWS instances. Such treachery would be the biggest betrayal to the Free Software revolution since Nokia became Microsoft. If you want a little guidance here is how you should vote:

Seriously though you can answer only the questions that you have answers for and leave the rest blank.As a Linux geek one of the most interesting and timeless questions that is always on my mind is “, Which is the most popular Linux distribution?” The Linux sphere is constantly changing: there are a few mainstays in the *nix fold as distributions come and go so the answer to this question is always constantly changing. One of the most popular ways to determine the popularity of a distro is to count the number of visits to its distrowatch.org page. A method which can hardly be called foolproof.

One of the downsides of Free and Open Source software is that there innumerable programs and versions for available for each task from boot loaders to office suites. To further complicate matters there are can be a number of forks for each program. So which should a geek choose? An election would seem to be a sensible way to solve all these problems. It would be useful for experts and novices alike to know the best or most loved software projects for any task. It would make it a little less daunting when making choices.

Now go and vote in peace and rest assured no matter which way you vote there would be no violence apart from a few spirited discussions in some dingy forums. Click here to go to the voting page. Your vote counts!