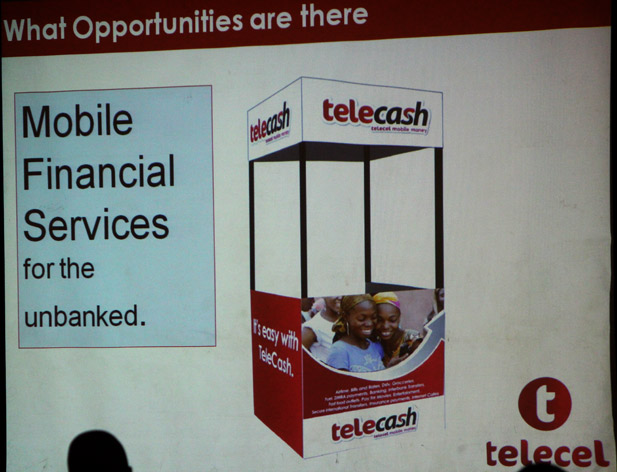 A few days ago, we broke the news that Econet and the banks are finally warming to each other on the issue of banks being granted access to Econet subscribers so they also provide mobile money transfer service to them. The banks are not completely happy yet, but integration talks are on and some of the bankers we talked to certainly sounded excited about the 8.5 million subscriber access opportunity.

The excitement left us asking ourselves this: What about Telecash?

So we did ask one executive with a local bank: “What does this mean for Telecel’s new money transfer product? Is your bank keen on what they are bringing to the market?” His response wasn’t the excitement we expected. it was a lukewarm response along the lines of  “yes, they did approach us too”. Then he introduced another angle to the “why now?” question about the timing of Econet’s move: “They just pulled the rug from under Telecel’s feet,” he said. See, if you talked to any banker over the past 2 years –  on any desperate suitor looking to access Econet subscribers – you would hear one word continually used to describe Econet is ‘Arrogant’. Call that ‘Innovator’s arrogance’ if you will. A ‘You know very well this new thing I have will make you irrelevant. Play on my terms or forget it‘ attitude. Econet itself preferred to call it ‘humble but unapologetic’. Whatever you call it, it resulted in a lot of dislike from the banking quarters and created quite a healthy ground for Telecel to strike deals on much friendlier terms.

Telecash and Telecel’s network in general, it was said in the market, was going to be much like EcoCash in the positive aspects, but integrated to banks in a much more banker friendly way. Which. supposedly, is going to create the ultimate mobile money/mobile banking combo service!

It was supposed to launch in November 2013, but didn’t. Then December, but “outstanding things to iron out prevented” blocked the launch. These things, apparently, centered on bank integration. The same banks that had just received the promise of a better relationship from Econet. The same banks that probably have to choose which set of subscribers to dedicate their mobile money integration team and resources to. The 8.5 million subscriber opportunity, or the 2.5 million one?

So we wonder, was this Econet move for the banks, also a move against Telecash?

3 thoughts on “Is the warming up of the Econet-bank relationship affecting Telecash?”