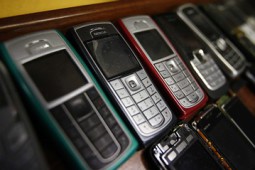 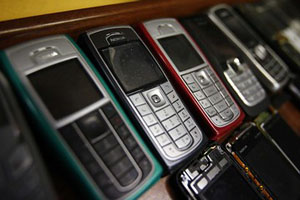 Like the billions of people out there, I used to own a Nokia phone. It was my first personal phone to be frank. It had no email, no browser, no music player, nothing. It was just a mobile phone. But with that less functionality, it was all I needed to marvel at just how much of a technological achievement it was.

I can only bear the memories familiar with me but I cannot speak for the millions who had their own first hand experience with multiple Nokia phones.

I had a Nokia 1200. A compact phone with a blue strip running across the side of the phone. I loved everything about it, the games, those whimsical emojis you could stick to represent a contact. It was all meant to create a bond with the device. Nokia wasn’t just crafting phones, they were building the future. I remember feeling like calling anyone because I could.

And that weight I felt in my pocket was a weight like no other. It reassured me that whatever I had in my pocket, when my pocket felt lighter, it’s was because it was not there anymore. I felt a sense of connection than ever before.

That was before I knew it was possible to listen to music from the same thing you called a ‘phone’ or do anything else that you can do on your smartphone today.

Everything about Nokia spoke to me in shades that mirrored the future, but Nokia’s future is now no more. We all knew it was coming since Nokia was acquired last year for US$7 billion by Microsoft. We just didn’t know how far Microsoft was willing to keep the Nokia moniker.

On Wednesday, a leaked document obtained and confirmed by The Verge showed Microsoft’s intention to drop the Nokia branding from any marketing material this coming holiday season. A statement from the document goes as follows;

“As part of our phased transition, we will drop the manufacturer name [Nokia] from product references during the Holiday campaign”

It seems Microsoft will be replacing the ‘Nokia’ branding with ‘Lumia’ and ‘Windows Phone’ with just ‘Windows’, which is to be expected since Nokia is in Microsoft’s hands right now. The Microsoft/Nokia deal was only finalised this year after a few delays in India but the deal has since been closed

Even when Nokia is being erased from the face of the earth, I will always remember Nokia as the brand that shaped my mobile phone world, that small company that started out with making rubber boots and morphed into a brand that defined “connecting people”

Had any personal experience with a Nokia phone that you wish to share? Leave it in the comments below