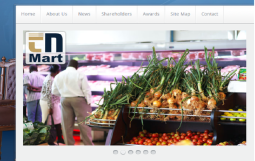 This weekend we (my friends and I) decided to have a little get together and watch all the airing football matches together, something that we do every other weekend.

As is also always the case we found ourselves debating over every topic under the sun during the breaks but this time online shopping (specifically why it has not caught on in Zimbabwe) was one of the topics we explored.

A lot of nuggets were unearthed during these escapades and I have decided to share them with you. Please bear in mind some of these strongly worded arguments are not mine, they are just my friends’ crude attempts at candour.

For a long time those in the tech sector have peddled various reasons why e-commerce ,specifically online shopping, has not yet caught on in Zimbabwe. For a long time all the failures of online entrepreneurs were blamed on inadequate payment solutions.

To some people all our woes could be placed squarely on PayPal’s door. The consensus among my friends was that this was rather simplistic and the fact that the arrival of PayPal, the Ecocash MasterCard and the development of Paynow as well as other payment solutions has not resulted in any immediate breakthrough seems to justify this conclusion.

If some of these problems are to be overcome those of us believers have to “go ye forth and preach the gospel to the unbelievers.” Just like the rugged band of believers in Christ’s time when they received the so-called Great Commission we have to go out and show people the benefits and virtues of e-commerce and online selling.

Perhaps it will become just as popular and come here and be done here as it is in developed countries.