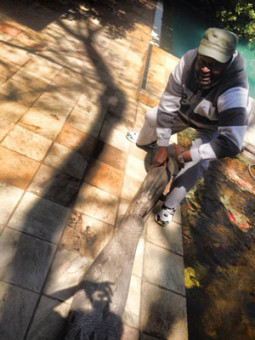 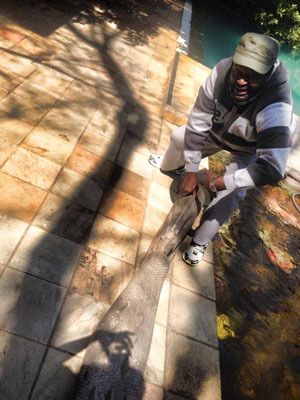 It looks like the mobile wars between between Telecel and Econet are taking many forms this year.

With the two operators battling each other in terms of market share, new products and brand visibility perhaps the competition extends to the chairmen of the respective networks?

Through the hashtag activism trend that won’t go away, Telecel Chairman Dr James Makamba recently posted his own Ice Bucket Challenge video on his Facebook page.

In typical Ice Bucket Challenge fashion he also challenged a handful of people to also take part in the challenge.

While this is hardly the first participation by a Zimbabwean figure in the Ice Bucket Challenge, its likely to draw the greatest interest for a Zimbabwean so far.

Its hardly surprising though that Dr Makamba would take part in an act of charity.Both Makamba and Masiyiwa are active philanthropists giving generously to African focused causes such as education and the plight of disadvantaged children.

The Ice Bucket Challenge is a social media video campaign meant to raise funding and awareness of the neurodegenerative condition ALS. It has been hugely successful, particularly in the United States where it drew the attention and participation of several celebrities including tech entrepreneurs.