Over the past couple of years candidates sitting for the public examinations administered by the local examination board: ZIMSEC have increasingly been dismayed by the number of leaks that often results in re-sitting of examinations: a traumatic event which was very rare in my time. These leaks have also raised speculation that universities, both here and abroad, as well as prospective employers would start distrusting results issued by the local board. The powers that be at ZIMSEC think they have a panacea to plug the leaks: Electronic Seals.

Last year alone students had to resit for four Ordinary Level papers: English Papers 1 and 2 and Mathematics Papers 1 and 2, after the papers reportedly leaked at Whata in Secondary school somewhere in the secluded areas of Midlands. This was a very small centre yet the leakage resulted in a nation-wide re-sitting which inconvenienced a lot of students and probably cost a lot of money. In 2013 Geography Paper 2 and Integrated Science papers were leaked also in Midlands. In 2012 students had to re-sit at least 13 papers at a cost of $850 000 to the Board without taking into account the cost to students and the centres themselves.

It seems leaks are quickly becoming an annual event especially for the English and Maths papers which are crucial when finding employment in Zimbabwe as well as places at tertiary institutions. To fight this ZIMSEC intends to use a technology called GRIDLOCK Access Management System. 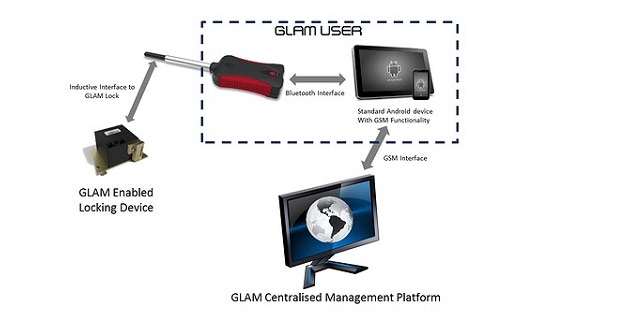 The system will be piloted for the Ordinary Level exams which have been the most leaked. The papers will be sealed in a special briefcase which is locked using a smart lock that can only be opened remotely at a designated command centre (in this case ZIMSEC). This works by sending a special signal from the command centre to a mobile device ( e.g. Android Phone) at the various centres using ordinary GSM networks such as those offered by Econet, Netone and Telecel. The device then sends an open signal to the briefcase.

This $5 million technology will ensure that naughty headmasters from remote centres will not be able to open the exams beforehand and taking a peak or selling them to unscrupulous candidates who seek an undue advantage. The papers will be opened, nationally, at precisely the same time thus thwarting the leaks.

Given the ubiquity of Android devices and the almost national wide coverage by MNOs the technology might just be what ZIMSEC needs to combat the problem. The price tag of $5 million that ZIMSEC requires in order to be able to implement the technology might seem high at first but it is easily justified by the costs that the exam board incurs when leaks occur and the negative publicity that accompanies such leaks.

ZIMSEC intends to pilot the technology for this year’s Ordinary Level examinations in June and November although it appears they are yet to secure the funding: it’s unclear from whom they intend to get this funding but it’s probably the government. So they might not meet the deadline for this year although this would be a welcome and much needed solution.