A visit to the laptop battery doctor 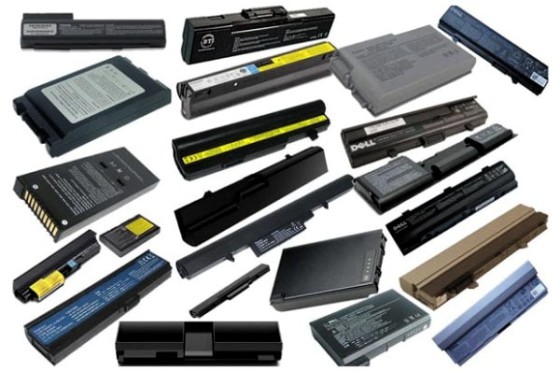 A couple of weeks my Fujitsu AH530 Notebook turned into a  “firiji” or “fridge” which in these parts refers to a laptop or device which needs a constant supply of power in order to work.

Anytime there was a blackout or a mouse disturbed the connection it meant an instant shut-off, a black screen and a lot of cursing due to lost unsaved work. No matter how deft I became at using shortcuts to save my work, I still managed to lose a lot of unsaved work.

The last straw came when I tried to compile and test fail2ban before installing it onto my server in order to mitigate the constant bot onslaughts. Due to ZESA and loose connections on my adapter, I could not complete the 10 minute compile exercise. Enraged, I decided to go into town immediately and buy a new laptop battery that would at least cushion me from these constant disturbances.

Starting from 4th street and with known ICT accessories supplies like FirstPack, I plodded across the entire capital dodging from shop to shop looking for the battery and each time I was met with a shaking head. Then I swept back this time going into the “indigenous” shops and was again met with shaking heads. With blisters now developing on the soles of my feet I decided to hit the dingy and shady second hand laptop resellers that have taken over town with the same result.

While everyone seemed to have batteries for every HP device ever made under the sun, no one had seen the wisdom of stocking a Fujitsu battery for a customer that may never come.

Even though most laptop and computing devices are mostly the same underneath their shells: with Samsung chips, Realtek cards, Nvdia cards and Seagate drives; people in Zimbabwe tend to be very particular when it comes to brands never mind the specs. People will pay more money for an HP device, I learned, even if has poor specs than invest in an i7 device from a less popular brand.

Before giving up, I decided to call upon one of my friends who used to be in the laptop reselling business before he decided stationary was his thing. I asked if he knew anyone with a second hand Fujitsu battery. He did not, but he knew a “laptop battery Doctor”, a man who could “repair” your old battery and make it work again.

I admit I was skeptical. You see before I left my rural home to come to the capital my mom sat me down and decided to share her gems of wisdom with the me. One of them was that that every person in Harare is either a drifter or a con-artist just waiting to trick poor trusting rural marks. Therefore, whenever I heard something that sounded like it was too good to be true, it was in all certainty too good to be true. Everyone in Harare is a thief she repeated.

But I was desperate so I decided to take down his address. His office can be found one floor above the Newstart Center offices. I was greeted by his secretary who is also his wife. The man himself wore a baking apron and a pair of science goggles as he fiddled with battery cells that were put in some sort of shielded glass box probably to protect himself from the occasional explosion.

He never looked at me and I never saw his full face. For $20 his receptionist wife said my batteries could be reconditioned using new cells and my battery could have a minimum 2 hour charge. I was not yet sold to the idea but decided to give it a try, 2 hours sounded like heaven after two weeks of “firiji” hell. So I quickly handed her the Jackson note and within twenty minutes my battery had been reconditioned.

I decided to charge it for a bit and make sure it was working and when everything seemed to be on the upside I took it home with me. Sure it is not as perfect as the original battery was with its 5 hour charge back when I bought the device but when fully charged the laptop has a 3 hour battery life, which is more than enough for most people.

Most importantly I was able to compile and test my fail2ban software before installing it onto my personal server and I am thankful to the good doctor. Those with “firiji” laptops and have trouble finding their own battery brand can benefit from this service.

I’m pretty sure my trusted laptop battery doctor is not the only practitioner who does this in Harare or the rest of Zimbabwe. Have you been bailed out by other experts like this?