Besides reducing corruption, what else does ZINARA’s e-tolling card offer? 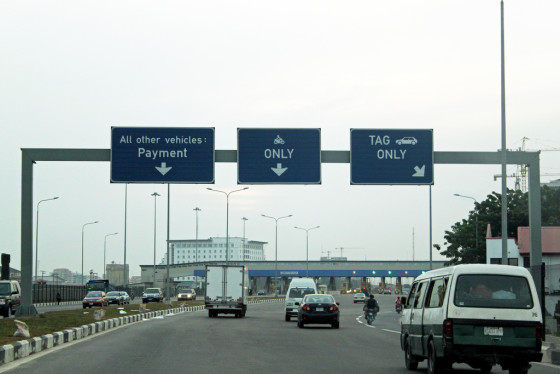 I usually don’t like talking about corruption in Zimbabwe. It’s one element of local trade and exchange that somehow manages to frustrate and depress me, largely because not much seems to be done to stop it. No, I don’t believe in any sort of Anti-Corruption Commission either.

It is refreshing, however when a tech solution is used to mop up parts of a corrupt system. After all, technology, can add clarity to a lot of shady processes.

Recently the Zimbabwe National Road Agency (ZINARA) launched an electronic tolling system that will be deployed at their many toll gates across Zimbabwe. The system works through a prepaid card that will be scanned at every toll gate.

ZINARA is in talks with FTTX service providers to try and draw connectivity to the tollgates so that the information is relayed without delay globally, otherwise some vehicles may get away with double tolling with the same balance in the account.

It’s been reported that the biggest selling point at its official launch, which was officiated by The Honourable Minister Obert Mpofu, was the way this tolling card system will curb the challenge of corruption.

How does this e-tolling system work, what can it do?

The prepaid card receives credit when a user deposits money at ZINARA or a designated bank account linked to a ZINARA system account. The cards have different use cases such as one card for multiple vehicles, multiple vehicles on  multiple cards or simply one card for one vehicle, depending on the setup suitable to the user considering that users can be individuals or companies.

The e-tolling system is meant to help ZINARA reduce the cost of security provided at the tollgates, reduce the risk and exposure by reducing the amount of cash float received and assist in improving accountability.

At the recent Buy Zimbabwe Forum, it was noted by African Development Bank resident representative, Mateus Magala, that Zimbabwe will need at least $375 million in ICT each year . The continued investment in tech, which is part of the e-governance focus,  should see a serious reduction in administration costs through the use of ICT. The ZINARA initiative gravitates towards that line of thinking.

The new system helps companies in the haulage and transport business to keep track of their expenses and in forward planning. It also acts as a geographical tracker of vehicle locations as the receipting will reflect when a vehicle has passed a tollgate in both paper and electronic trail.

This new technology may also be more convenient in the urban tolls that the Ministry of Transport has proposed. The police roadblocks on the highways leading into the city are already a significant delay on motorists and any manual tolls would be too much.

South Africa has used what they term the open road system where a vehicle is mounted with an e-tag that is detected at tollgates and money deducted automatically from one’s account without having to stop.

I had high hopes that the system would introduce the use of tap and go technology, but the system uses cards that are detected by scanners equipment similar to the point of sale technology in retail shops. They have however indicated improvements will definitely come, being a pilot test and all.

The e-Tolling system was introduced in South Africa in 2012 and caused a furor with some sectors arguing that the system was an unnecessary expense on the taxpayer. It would be prudent for ZINARA to avoid the same implementation mistakes.