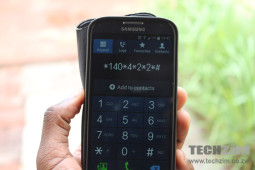 Multiple billing, SMS spamming, auto registrations, disappearing airtime; that short list is just a taste of the nasty things we associate mobile network operators (MNOs) with. It’s the stuff that gets most people worked up whenever they hear claims of awesome services and attempts at corporate sincerity from these guys.

The MNOs don’t deny most of these allegations though and the latest development from Econet seems to suggest just a slight hint of admission. Econet introduced a new system for VAS services subscriptions that lets users maintain two separate accounts for airtime management.

Previously, if you subscribed for any of the Econet third-party VAS services such as Job Alerts, Ringtones, News Alerts or special daily messages you would be charged from your main airtime account. As long as you didn’t unsubscribe, airtime would be deducted in the background from time to time. This is what partly explained the mystery behind disappearing airtime.

According to Econet, this is meant to be a better system that gives subscribers the option to allocate airtime for VAS services on their own.

After listening to feedback from our customers, we have come up with a better solution. Now, you will have two separate accounts; a primary account for your airtime and a separate account dedicated specifically to all your third party services. This way, a customer can allocate their airtime between their two accounts as they wish.

There will be no automatic deductions from your primary account to pay for the services you have subscribed to.

As far as knowing how your airtime is used, this sounds like a great idea. At the very least, it adds an element of transparency. However, the system doesn’t solve the problems of auto-registration and SMS spamming that have now come to be associated with VAS services.

In this picture, it looks like Econet isn’t the only player conceding, the third-party VAS providers are the other losers. This airtime-deduction-in-the-background arrangement has helped ensure a flow of revenue that doesn’t need follow-up promotion. Subscribers could literally forget about paying for a service.

Adding another payment stage disturbs that convenience, something that might get subscribers to effectively opt out of services by just not transferring airtime into the VAS account.

It would be good if POTRAZ, the telecoms industry regulator, made such a system compulsory for all operators. Despite reports that have circulated on how Econet introduced this system as a response to a threat from POTRAZ (something that POTRAZ and Econet are denying), there hasn’t been any move from POTRAZ that calls for such a system.